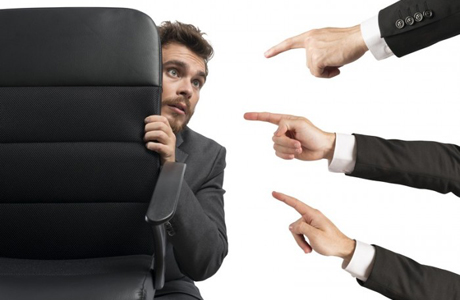 Recently I was asked to advise in a case where a the client’s former solicitor had “allowed” his claim to be struck out for non compliance with court orders. In a secondary tranche of litigation, the client sued his erstwhile solicitor.

The solicitor’s defence was that he had been unable to obtain instructions and comply with the orders from the court because the client had absented himself from the country for a considerable length of time. The client’s response to that was that he had been away for a time, but he was always contactable, and anyway he had been back in the country for quite a while and the solicitor had never tried to contact him to inform him of the orders and take instructions.

It was a peculiar case, and possibly a sad one, because one plausible explanation for the chaos was that the solicitor concerned had suffered a total nervous breakdown – which is not unknown, particularly given the stresses of modern litigation. I have seen it happen before.

However, regrettably, it soon became apparent that it was one of those cases where I and my instructing solicitor were destined to have a distinct difference of opinion. In this profession it is inevitable that this happens from time to time, and when it does handling it in a professional and good mannered way is one of the aspects of the job that we barristers have to do. Contrary to popular opinion, I have not yet been awarded a degree in infallibility, and so I find it does pay dividends to have an open mind, and when necessary re-asses. On the other hand, sometimes it is necessary to stick to your guns and call it as you see it. You can’t pull your punches if the client’s interests require that you should not do so, however it might affect your practice. It is the professional and ethical obligation which I and all other “professionals” should work to. Anyway, we had a conference, and it got a bit uncomfortable at one point.

The case threw up a number of issues which are common to “prof neg” litigation, particularly post “Jackson”. I won’t dwell on the ins and outs of the facts in this particular case, but there are some general observations to be made about this type litigation.

First, in the absence of special circumstances solicitors who fail to issue claims within the relevant limitation period or allow their clients to be prevented from being able to defend proceedings for procedural reasons will be liable in negligence.[1] One can go so far as to say that if a solicitor with the conduct of a case “allows” that case to be struck out for want of compliance with some limitation period or failure to abide by a court order, the client discharges the legal burden on him to establish a prima facie case in negligence, and the evidential burden passes to the solicitor to show why he was not negligent: see below.

By the way, that analysis by reference to the legal and evidential burden is a surprisingly important tool in the analysis of many cases, and I have found it a very useful one since I finally “got” it, listening to a judgment from a very bright judge a few years ago. But I digress.

To say that a solicitor owes his client a contractual duty (and a concurrent duty in tort) to exercise reasonable care and skill in the handling of his client’s case is now trite law, but that doesn’t really get you very far. As Oliver J. said in the seminal case of Midland Bank v Hett, Stubbs and Kemp[2] “a contract gives rise to a complex of rights of which the duty to exercise reasonable care and skill is but one”.

Indeed so. The exact nature and extent of the duty owed derives from precise terms of the retainer, and indeed how a solicitor ought to respond to and carry out that retainer. So, for example, if a client instructs the solicitor to run an obviously bad point it is almost certainly the solicitors duty to warn the client about it, and the nature and extent of that warning will in turn depend on many factors, including the possible seriousness of the point and the character and experience of the client. Giving advice to, say, Richard Branson probably requires different nuances than giving advice to, say, a young man called Joey Essex of whom I had never heard until he came to may attention lately, interviewing politicians during the general election campaign. An odd example, but you get my drift.

These are matters of general application. Where this mattered in the case in point was that in outline the claim looked fine, but nobody had taken the trouble to get a proof of evidence from the client about exactly what he had instructed the former solicitor to do in the original action, exactly what he had told him had happened, and exactly what he had instructed his former solicitor to complain about (or not complain about). That was a problem, actually, because you have to know that before you can analyse a case properly. In the case, there was to my mind something of an issue not simply that the original claim had been struck out, but also whether that claim had been properly pleaded in the first case and what should and should not have been pleaded, and who bore the responsibility for that.

But where I and my instructing solicitor really had a little bit of a fall-out was when it came to the issue of potential damages. My instructing solicitor seemed to have assumed that if the client’s former solicitor’s liability was established, our client would simply be awarded everything he had claimed in the original action. I begged to differ, and as the Victorian lawyers may put it, I raised a demurrer. In my opinion, I said, there were a number of factual issues in the original action which might have meant that the client lost, and even if he had one there were heads of damages being claimed in the original action which were, shall be say, speculative.

I did not, therefore, on the particular facts, consider that this was a case which the client would inevitably have won and obtained all the losses claimed. In my view, therefore, were damages would be assessed by reference to a loss of a chance of what might have been obtained in the original action, and that would involve some form of discount based on the assessment of the chances of success in that action.

My solicitor did not look happy about this. Are you quite sure, he asked (in that sort of way that indicates you have issues with reality, and might need some time in the Funny Farm). I said: yes, I was. He said he didn’t agree. I said: I am sorry, in my opinion, that’s how it works. He said: I think you are wrong. I sipped my coffee. The client, who was doing the head tennis thing, looked unhappy. Oh dear. And understandably so, because the case had been going on for quite some time, including with the assistance of previous counsel who had had to drop out of the case due to personal matters, and no one had mentioned this potentially unwelcome complication. So, without going too far into it, it seemed appropriate for me to set out the approach to damages in such a case in some detail. So, here’s how I see it.

“If, in this kind of action, it is plain that the action could have been brought and [that] if it had been brought that it must have succeeded, of course the answer is easy. The damaged claimant would recover the full amount of the damages lost by the failure to bring the action originally. On the other hand, if it be made clear that the claimant never had a cause of action, that there was no case which the claimant could reasonably ever have formulated, then it is equally plain that the answer is that she can get nothing but nominal damages for the solicitor’s negligence…

The present case, however, falls into neither one nor the other of the categories which I have mentioned. There may be cases where it would be quite impossible to try “the action within the action”…In my judgment, assuming the that the claimant has established negligence, what the court has to do in such a case as the present is to determine what the claimant has lost by that negligence. The question is: Has the claimant lost some right of value, some chose in action of reality and substance? In such a case it may be that its value is not easy to determine, but it is the duty of the court to determine that value as best it can.” [4]

“When a person sues his former solicitors for negligence for the conduct of proceedings which led to his action being struck out, his loss is normally measured by reference to his prospects of success in the primary litigation – see Kitchen v. RAF Association [1958] 1 WLR 563. However in order to recover for the loss of this kind the court must be satisfied that the plaintiff had at least a real or substantial chance that he would have succeeded in the primary action, not merely a speculative one. If his prospects fall short of that, the court will ascribe no value to them, but provided the court can see that there were real prospects of success it will evaluate them notwithstanding the difficulties that may involve.”

(1)   The claimant must prove a more than negligible prospect of success.

(2)   If the court decides that the claimant’s chances were more than merely negligible then it must make a realistic assessment of what would have been the claimant’s prospects of success had the original litigation been fought out.

(3)   The court should then assess the likely level of damages the claimant would probably have received, then apply an appropriate fraction to reflect the various uncertainties of litigation.

(4)   In some cases a broad brush approach is appropriate for this exercise whilst in others the court should examine the potential prospects in greater detail.

(5)   The court must take into account that the oral and documentary evidence before it will be more limited than if the underlying action had proceeded to trial. It must also account for the possibility that settlement could have been achieved. It is wrong in any event for the court to conduct “a trial within a trial” or make any firm findings about what would have been decided.

As I said above, without going into the facts in great detail, I did not consider the original case was straightforward in terms of liability or damages claimed. It was one where the client had prospects of success. So, I concluded that the correct approach to the assessment of damages is by reference to a loss of chance assuming the case had been adequately pleaded in the first place, and my advice was and remains to that effect.

[8] Although the court would be more ready to take a firm view on whether the claimant would have succeeded or failed on a pointy of law rather than a matter of fact, for obvious reasons