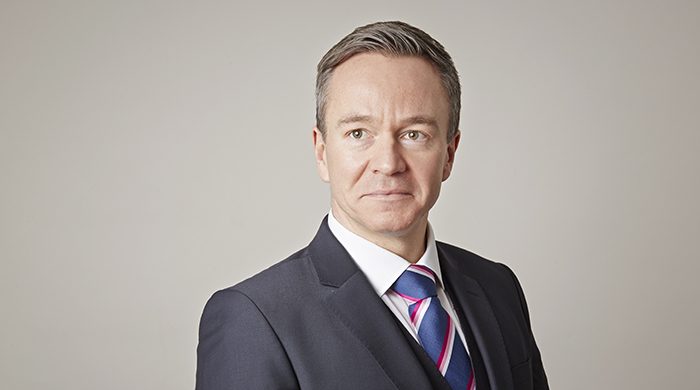 In REECE GLADWIN v ADRIAN BOGESCU [2017] EWHC 1287 (QB) the Court was concerned with an appeal by the Defendant in a road traffic accident claim against a decision to grant the Claimant relief from sanctions, following late service of the Claimant’s witness evidence.

The claim involved an admission by the Defendant of liability, but quantum was still in dispute.

A District Judge had provided case management directions (August 2016), within which there was a requirement of the parties to serve all witness statements by 3rd November 2016.

The Claimant, due to the errors made by his solicitors, did not serve his witness statement until the 5th January 2017 (almost exactly two months late).

An application for relief from sanctions was made, shortly before the trial, where HHJ Gregory in the County Court found that the breach was indeed significant and there was no good reason presented for the default. The Judge, however, found that the Defendant would suffer greater prejudice than the Claimant if relief were not granted, because the Claimant, despite being debarred form giving oral evidence at his trial, would remain entitled to rely on his witness statement and would benefit from not being subjected to cross examination at the trial.

The Judge, having considered the issue of prejudice, granted the Claimant relief and adjourned the trial.

Mr Justice Turner QC held that HHJ Gregory had correctly considered that if relief from sanctions was not granted, the Claimant may not necessarily be able to prove his claim.

In accordance with CPR 32.10 and the District Judge’s order, the only sanction to the breach was that the author of the statement could not give oral evidence at the trial. However, they made no provision as to the weight to be applied and / or the evidential status of the late served witness statement as documentary “hearsay”.

Mr Justice Turner held that the Judge had erred in concluding that he could not prevent the claimant effectively relying on his witness statement as evidence and evading cross examination at trial.

He also noted that the Judge had not had his attention referred to the Court’s power to recognise and view such defaults as matters adversely affecting the weight of hearsay evidence as under the Civil Evidence Act 1995 s.2(4)(b). It was held, further, that the Judge had failed to accord proper regard to his powers to strike the claim out in response to the Claimant’s breaches as a whole.

Mr Justice Turner held that the adjournment of the trial should not have been granted, citing the overriding objective and recognising that the arguments proffered in favour of an adjournment had been weak.

He said that the ruling had “too readily followed the path of an adjournment” in favour of weak arguments, comparing the ruling to the “judicial equivalent of the advantage rule in rugby union” where the judge had allowed play to continue without formally penalising the offender.

If the adjournment had been refused the Claimant would have been required to tender his witness statement as evidence there and then. He would have faced the insurmountable problem that the District Judge (August 2016) had ordered that all witness evidence must be served by 3rd November 2016.

Mr Justice Turner held that to allow a party to be able to rely on a witness statement, and not call the said witness, who may be sitting at the back of the Court, was absurd.

In such circumstances, it would often be appropriate for the Court to exercise its case management powers to exclude the defaulting witness statement, even if it may have been deemed admissible under s.2(4) of the Civil Evidence Act 1995.

HHJ Gregory, having decided that the trial could not proceed on the day listed for trial without causing significant prejudice to the defendant, had been entitled to give proper consideration to strike the case out under CPR 3.4.

Mr Justice Turner noted that the relevant sanction in default of the breach (failing to serve witness evidence) did not include automatic strike out of the claim, it however served as a reminder that the Court’s power to strike out a case extended to all cases where there have been non-compliance.

It was held that the Judge erred when addressing the limits of the specific sanction imposed in respect of late service as if it rendered it automatically inappropriate to strike out the claim.

“In the context of a relatively modest claim, the additional expenses generated by an adjournment would be significant” said Mr Justice Turner. “This claim would not have been expeditiously disposed of and the Court’s resources would have been wasted.” The Defendant’s appeal was therefore allowed and the claim struck out.

This is a strong ruling by Mr Justice Turner QC that, however much the “Mitchell” draconian principles may have been watered down by Denton, the Courts will not tolerate non-compliance with Court Orders.

Stuart Young is a member of our specialist civil fraud team and acts on behalf of a number of major defendant insurers. He is instructed in cases where fraud is alleged or imputed, or in suspicious cases where a robust defence is required.