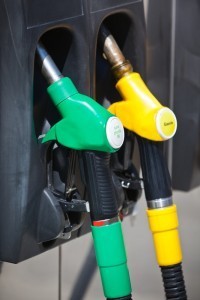 Is an employer vicariously liable for the errant conduct of an employee who attacks a customer? Yes, according to the Supreme Court in unanimously giving judgment for the appellant in the case of Mr A M Mohamud (in substitution for Mr A Mohamud (deceased) v WM Morrison Supermarkets plc [2016] UKSC 11, handed down today.

In giving the lead judgment the President, Lord Toulson, restated the “close connection” test laid down in Lister v Hesley Hall Ltd [2001] UKHL 22 in terms of a two fold test. The first question is what functions or “field of activities” have been entrusted by the employer to the employee, or, in everyday language, what was the nature of his job. This question must be addressed broadly. Secondly, the court must decide whether there was sufficient connection between the position in which he was employed and his wrongful conduct to make it right for the employer to be held liable under the principle of social justice.

On 15th March 2008 the claimant entered the respondent’s premises in Small Heath, Birmingham which include a petrol station and a kiosk where customers pay for their purchases. Having parked his car he entered the kiosk to ask whether he could print some documents from a USB stick. Mr Amjid Khan was behind the kiosk desk, employed by the respondent to see that petrol pumps and the kiosk were kept in good order and to serve customers. Mr Khan refused the claimant’s request in a rude manner, at which the claimant protested. Mr Khan responded in foul, racist and threatening language and ordered the claimant to leave. The claimant returned to his car followed by Mr Khan. Before the claimant could drive off, Mr Khan opened the passenger door, told the claimant in threatening words never to return and punched him on the left temple. The claimant got out and walked round to close the passenger door when Mr Khan subjected him to a serious attack.

The claimant brought proceedings against the Respondent on the basis that it was vicariously liable for the actions of its employee Mr Khan. The trial judge dismissed the claim because he considered that there was an insufficiently close connection between what Mr Khan was employed to do and his tortious conduct in attacking the claimant for the respondent to be liable. The Court of Appeal upheld the judge’s decision.

The claimant’s primary argument was that the time had come for a new test of vicarious liability. In place of the “close connection” test the courts should apply a broader test of “representative capacity”. Alternatively, it was argued that the claimant should in any event have succeeded because he was a lawful visitor to the premises, and Mr Khan was acting within the field of activities assigned to him in dealing with the claimant.

The Supreme Court resisted the invitation to introduce liability on the basis of a representative capacity test. As Lord Dyson pointed out, the close connection test has now been repeatedly applied by our courts for some 13 years. He believed that it should only be abrogated or refined if a demonstrably better test can be devised. The attraction of the close connection test is that it is firmly rooted in justice. It asks whether the employee’s tort is so closely connected with his employment as to make it just to hold the employer liable.

Lord Toulson was influenced by two considerations. First, the development of the common law; in particular the passage in Diplock LJ’s judgment in Ilkiw v Samuels included in the citation from Rose v Plenty [1963] 1 WLR 991, 1004, and cited also in Lister v Hesley Hall Ltd. When examining the role of the employee “the matter must be looked at broadly, not dissecting the servant’s task into its component activities – such as driving, loading, sheeting and the like – by asking: what was the job on which he was engaged for his employer? and answering that question as a jury would.”

The second consideration was the question of public policy. As Scarman LJ stated in Rose v Plenty “the employer, having put matters into motion, should be liable if the motion which he has originated leads to damage to another”. As was stated by McLachlin J in Canadian case of Bazley v Curry (1999) 174 DLR (4th) 45 “The employer puts in the community an enterprise which carries with it certain risks. When those risks materialize and cause injury to a member of the public despite the employer’s reasonable efforts, it is fair that the person or organisation that creates the enterprise and hence the risk should bear the loss.”

Whilst the ‘close connection’ test as set out in Lister v Hesley Hall Ltd focuses attention in the right direction, it affords no guidance on the type or degree of connection required. Hence the Supreme Court elaborated by suggesting that the task should be approached in two stages. Firstly, ask in the broadest sense, what was the nature of the employee’s job? Secondly, is there was sufficient connection between the position in which he was employed and his wrongful conduct to make it right for the employer to be held liable?

In the present case it was Mr Khan’s job to attend to customers and to respond to their inquiries. His conduct in answering the claimant’s request in a foul mouthed way and ordering him to leave was inexcusable but within the “field of activities” assigned to him. What happened thereafter was an unbroken sequence of events. Mr Khan was not regarded as having metaphorically taken off his uniform the moment he stepped from behind the counter. Further, the quarrel was not something personal between them. Mr Khan was telling Mr Mohamud to keep away from his employer’s premises, which he reinforced by violence. In giving such an order he was purporting to act about his employer’s business. It was a gross abuse of his position, but it was in connection with the business in which he was employed to serve customers. His employers entrusted him with that position and it is just that as between them and the claimant, they should be held responsible for their employee’s abuse of it. Mr Khan’s motive was irrelevant. It was neither here nor there that he was motivated by personal racism rather than a desire to benefit his employer’s business.

Simon Anderson is a member of the Personal Injury team at Park Square Barristers, Leeds. His practice is largely comprised of multi track Employer’s Liability claims. He takes a particular interest in industrial disease, occupational stress and assault claims.