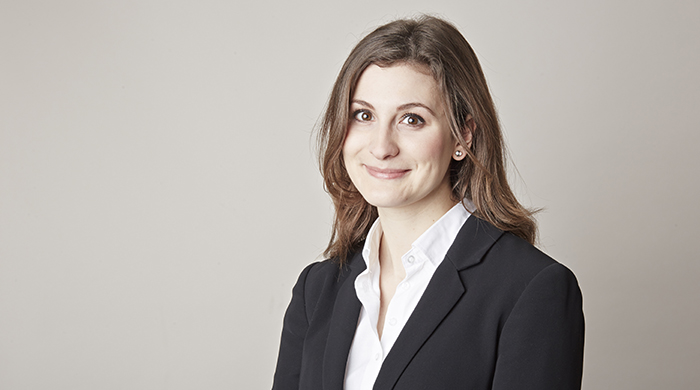 The law regarding the proper application of the ‘Lucas’ direction in family proceedings, as set out in the recent Court of Appeal case of Re A, B and C (Children) [2021] EWCA Civ 451

I will be delivering a seminar on 6 July looking at the law with respect to how lies should be approached in finding of fact hearings, and considering the recent Court of Appeal authority of Re A, B and C (Children) [2021] EWCA Civ 451.

This article aims to summarise Re A, B and C, focusing on the appeal of the juvenile intervenor, D, which centred around the proper application of the so-called Lucas direction.

The key point to take from this case is the guidance from Lady Justice Macur, giving the leading judgment, that it would be good practice when a tribunal is invited to proceed on the basis, or itself determines, that a Lucas direction is called for, to seek Counsel’s submissions to identify: (i) the deliberate lie(s) upon which they seek to rely; (ii) the significant issue to which it/they relate(s), and (iii) on what basis it can be  determined that  the only explanation for the lie(s) is guilt.

The Court of Appeal in Re A, B and C was concerned with two distinct appeals arising from the judgment of Recorder Posner, who dealt with the finding of fact hearing at first instance in the East London Family Court.

The case concerns three female children: A, B and C. The children’s mother at the relevant time was living with H (B and C’s father). A’s father is J.

D is H’s nephew. He was 15 when the allegations against him were made and he was interviewed by the police, and 16 when the finding of fact hearing was heard by Recorder Posner.

Care proceedings were initiated as a result of A alleging that she had been sexually assaulted by D at the beginning of 2019.

It was found by Recorder Posner that H was told about the allegations made by A against D on 16 December. H admitted that upon hearing of the allegations, it was his initial reaction to wait until after Christmas and to have a family meeting before contacting the police. In any event, A’s father reported A’s allegations to the police on 17 December 2019.

A was interviewed at school on 18 December 2019 by police officers, a social worker and teacher. Good practice was not followed with respect to the recording of this interview. All three children were taken into police protection that afternoon and remained accommodated thereafter subject to section 20 of the Children Act 1989.

In her ABE interview on 19 December 2019, A made further allegations against D. D was interviewed on the same day and denied the allegations.

The local authority issued care proceedings on 11 February 2020 and on 19 February the children were all made subject to interim care orders.

D was made an intervenor and appointed an intermediary.

Findings of fact and threshold conclusions

As far as it is relevant to the appeal, the Local Authority sought three findings of fact against D concerning sexual abuse of A and a finding of fact against H that he failed to take any protective action once he became aware of the allegations in December 2019.

Having assessed the wide canvass of evidence in the case (including the flawed police investigation, the inconclusive medical evidence, the various accounts given by A, the evidence of D and of the other witnesses), the Recorder was satisfied that the Local Authority had proved on the balance of probabilities that A had been sexually abused by D. It is set out in paragraph 25 of the judgment that:

‘The ‘key considerations for [her] which tip the balance’ were that she could find no propensity nor motivation for A to lie, nor explanation for A’s graphic age inappropriately detailed accounts and descriptions of her experiences and that D had been ‘so materially dishonest in his evidence on oath as to cast doubt on the truth of his denials.’

With respect to D’s credibility, the Recorder set out that she had found D to be ‘very convincing’ in his recorded police interview and in his evidence in chief, but that during cross-examination he had become ‘increasingly less credible’. The Recorder found five separate instances when D had invented things to ‘cover himself and to explain away what A says’ [26].

The Recorder went on to say that there are four considerations which led her to the conclusion that the only explanation that exists for his lies is guilt (set out in full in paragraph 28 of the judgment and repeated here):

[171] Firstly, [D] is a boy now 16 facing very serious allegations when he was 15, and I would at some point in his police interview or in the courtroom have expected to have seen at least a glimmer of anger, outrage or indignation. I heard that from his mother who said with great feeling that she wished she had left [G] and her children out in the cold, but not from [D].

[172] Secondly, as Ms Brown pointed out, [D] declined to watch the ABE interview and when asked by DC Clifton at the end of the interview “Did you ever cause her any injuries by putting your penis inside her vagina or her anus?” he does not give a straight denial, but says “No, I’ve never put anything inside her.”

[173] Thirdly, having said that he normally likes to sleep in if he can, why did he go to [A’s home address] at 8.00am instead of going later and ringing to check if the food was ready before setting off? The inference is he was looking for an opportunity to abuse [A].

[174] Fourthly, why did he insist she sat on his lap in the lounge when they came in from the garden? The inference is that when the mother emerged from the kitchen with the food, he wanted to make sure that [A] did not say anything to her.

With respect to threshold, the relevant date was 18 December 2019 when the children were taken into police protection, and it was found that H was likely to fail to protect A, B and C from future sexual abuse by a person or persons unknown and was likely to cause them significant emotional harm.

Two distinct appeals arose from the decision of Recorder Posner.

The second appeal was brought by H, the step-father of A. H accepted the findings of fact made against D but disputed the judge’s conclusions as to whether the threshold conditions in s.31 of the Children Act 1989 had been made out in his regard. It was submitted on his behalf that there was no evidence that A suffered significant harm, or was likely to do so, between 16 December 2019 (the date it was found that H was informed of the allegations) and 18 December, when A was accommodated pursuant to section 20 of the Children Act 1989.

The appeal of D

With respect to the appeal brought on behalf of D, some consideration is given in the judgment to the extent to which appropriate regard was given by the court to the advice of the intermediary and the steps to be taken to enable D to give his best evidence [43-49].

Macur LJ considered, however, that in reality the appeal is centred on the Recorder’s application of the Lucas principles [49].

It is noted by Macur LJ that the Recorder, ‘in formulaic terms’ [54], acknowledged, as is commonly acknowledged in judgments, that a witness’s dishonesty may be irrelevant in determining an issue of fact, stating ‘that people lie for all sorts of reasons, including shame, humiliation, misplaced loyalty, panic, fear, distress, confusion and emotional pressure and the fact that somebody lies about one thing does not mean it actually did or did not happen and / or that they have lied about everything’. Macur LJ goes on in [54] to say:

But this formulation leaves open the question: how and when is a witness’s lack of credibility to be factored into the equation of determining an issue of fact?  In my view, the answer is provided by the terms of the entire ‘Lucas’ direction as given, when necessary, in criminal trials.

Macur LJ quotes the legal summary of the Lucas direction as provided in chapter 16-3, paragraphs 1 and 2 of the December 2020 Crown Court Compendium, as follows:

“1. A defendant’s lie, whether made before the trial or in the course of evidence or both, may be probative of guilt. A lie is only capable of supporting other evidence against D if the jury are sure that: (1) it is shown, by other evidence in the case, to be a deliberate untruth; i.e. it did not arise from confusion or mistake; (2) it relates to a significant issue; (3) it was not told for a reason advanced by or on behalf of D, or for some other reason arising from the evidence, which does not point to D’s guilt.

Macur LJ at [58] suggests, in order to guard against the risk of tribunals giving themselves formulaic and incomplete Lucas directions, that it ‘would be good practice when the tribunal is invited to proceed on the basis, or itself determines, that such a direction is called for, to seek Counsel’s submissions to identify: (i) the deliberate lie(s) upon which they seek to rely; (ii) the significant issue to which it/they relate(s), and (iii) on what basis it can be  determined that  the only explanation for the lie(s) is guilt. The principles of the direction will remain the same, but they must be tailored to the facts and circumstances of the witness before the court.’

Considering the Recorder’s determinations in light of a full application of the Lucas direction, Macur LJ proceeds on the basis that the Recorder was entitled to find the lies or interventions that she did (i.e. the first limb of the Lucas direction) and that she was satisfied that these lies related to a significant issue, not least because the Recorder describes D as ‘materially dishonest’ in her judgment (i.e. the second limb of the Lucas direction). However, turning to the third element of the Lucas direction, Macur LJ finds that there is ‘no logical connection between the conclusions she draws about his demeanour or the inferences she drew from the evidence which fixes the five ‘lies’ as made through “realisation of guilt and a fear of the truth”.’ [61]. Macur LJ goes on to set out why each of the four specified considerations causes her ‘considerable further disquiet’ [62] in paragraphs 62-65 of the judgment.

Finally, Macur LJ sets out that she is not satisfied that but for D’s ‘lies’ the Recorder would have made the findings against him [68-69].

Macur LJ, with whom Baker LJ and Arnold LJ (though with some hesitation) agree, therefore allows D’s appeal and remits the matter for a case management hearing in respect of a rehearing of this discrete issue.

The appeal of H

Macur LJ finds that the conclusions the Recorder made regarding the threshold criteria ‘unquestionably overreached’ the findings she made against H [71]. Whilst Macur LJ opined that D’s ‘obvious knee jerk reaction to the allegations were not child-centred […] there is no evidence that they did cause significant harm, and the likelihood that they would do so was forestalled by the removal of the children. The assessment of his better understanding and judgement if any like situation were to arise in the future is still to take place.’

The appeal was therefore allowed, and Macur LJ found that there should be directions that, regardless of any directions made in the further case management hearing regarding D, the welfare hearing in which H seeks to resume care of B and C should proceed with all due haste [77].