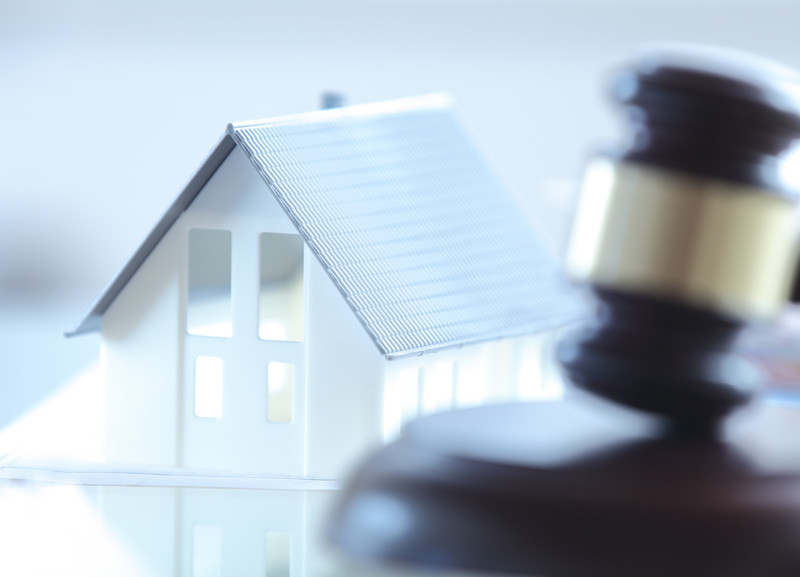 The Meek Shall Inherit The Earth: Opening the Floodgates in Inheritance Act Actions?

The case of Ilott v Mitson has received quite a lot of publicity last week. In brief, a woman who had been estranged from her late mother for 26 years since she was 17 was given an award from her mother’s estate under the Inheritance (Provision for Family and Dependants) Act 1975, despite the fact that her late mother had made it perfectly clear that she did not wish her daughter to get a penny. It sparked some controversy in the press and other media.

I will deal with the details of the Ilott case below, but first a small anecdote. Rather too many years ago than I care to remember, Mr. Justice Scott was appointed as Vice-Chancellor (of the County Palatine), the first full High Court Judge to be appointed to the office. As you would expect, Richard Rashleigh Folliott Scott, or Lord Scott of Foscote as he is now known, he had a very sharp mind. He was capable of being very charming, and also capable of having a short fuse. One day I decided it would be a good idea to learn some lessons (at someone else’s expense) and so one afternoon I went over to court to see what the learned Judge was hearing, It turned out to be an Inheritance Act claim. Counsel was starting to grind his way through a large file of authorities when an evidently irritated Scott J. decided to cut the exercise short.

That’s all very well, he said, but it doesn’t help me in this at all. He continued: what he had to do is construe the Inheritance Act, take into account the factors the Act directed the court to take into account with the due weight, and apply them to specific facts of the case in question. Case law did not really help. Well, quite.

In Ilott the applicant (Mrs. Ilott) had been estranged from her mother from the age of 17 because she had run away with a man of whom her mother (Mrs. Jackson) disapproved. She was an only child, and her father had died just before she was born. Her mother had brought her up as a single parent. In fairness, despite her mother’s disapproval it must have been a strong relationship because they married (hence Mrs. Ilott), stayed together and raised five children in what appear to have been very difficult financial circumstances. The applicant and her mother remained estranged for the next 26 years, until her mother’s death. There had been three attempts at reconciliation, all of which failed. On the last occasion it failed because the fifth child had been named after the applicant’s paternal grandmother, whom the late Mrs. Jackson had not liked. The district judge who heard the case at first instance held that the late Mrs. Jackson had had acted in an unreasonable, capricious and harsh way towards the applicant, but that both sides were partly responsible for the failure of these attempts.

Mrs. Jackson’s estate was valued at the date of the trial before the district judge at £486,000. Subject to a legacy of £5,000 in favour of the BBC Benevolent Fund, the applicant’s late mother left her entire estate to be divided between The Blue Cross, the Royal Society for the Protection of Birds and the Royal Society for the Prevention of Cruelty to Animals (“the Charities”). Mrs. Jackson had had no connection with the Charities during her lifetime.

At the time at the time of trial two of the five children under 18 remained at home. As mentioned above, the applicant and her family had always lived in fairly straightened circumstances. They lived in housing association housing accommodation valued at the time at £186,000, which they were entitled but could not afford to buy. They were heavily dependant on benefits such as tax credits and housing benefits, but there was no suggestion that they were idle or work shy. The evidence was that the applicant had difficulty in affording clothes for the children, had to be very careful about the food they could buy, and had never had a holiday.

At trial there had been considerable debate about the effect of an award on the family’s benefits might be, and also what award would reflect “maintenance”. The applicant (or I think one might more accurately say her legal team) sought £186,000 to purchase the family home, £53,000 to pay for a single storey extension to the house, a capitalised sum equivalent to an income of £10,000 per annum and a further capital sum to permit refurbishment and re-equipment of the house, which might amount to £40,950. The district judge rejected these claims. Claims. He held that maintenance had to be income based.

The district judge took her share of the tax credits and held that they could be said to indicate the amount of maintenance which the government accepts as being needed by her to provide her with a reasonable but basic standard of living. He calculated this as around £4,000 per annum. Having done that, the district judge then looked at the “At A Glance” tables for 2007-8 and concluded that the sum of approximately £69,200 would be required to provide the appellant with an income of £4,000 per year. Having made that calculation he capitalised the maintenance figure at the lower sum of £50,000. He emphasised that this had a significant degree of approximation in it but represented the best that he was able to do in the circumstances, given what appears to have been a rather poorly presented case.

The Court of Appeal allowed the appeal and raised the award to £143,000 which would allow her to purchase her housing association property at its present (revised) value and a further maximum sum of £20,000 to allow for immediate income needs.

Technically the appeal concerned only the quantum of the award. In the Court of Appeal the main judgment was given by Lady Justice Arden.

Save in the case of spouses or civil partners, provision under the Inheritance Act is limited to what is reasonable in all the circumstances of the case for the applicant’s maintenance. That connotes a sum or award which directly or indirectly enables the applicant in the future to discharge the cost of his or her daily living at whatever standard is appropriate for him or her.[1]

One of the matters which bedeviled the case both at first instance and in the Court of Appeal was the effect that any award would have on the applicant’s benefits. One of the problems with the initial award was that it would disentitle the applicant from getting housing benefit or council tax benefit.[2] The applicant would thus have had to spend most of the award in order to regain the right to housing benefit.

In practice therefore the effect the effect of the award would have been at best neutral to the applicant’s position once the effect on housing and council tax benefits was taken into account. It was suggested that one way that could be avoided and regain housing benefit would be to spend most of the award. That is a very unattractive argument. As Lady Justice Arden observed, the aim of the Inheritance Act is to provide for future maintenance, not to encourage a major spending spree.[3]

It can be argued that the district judge’s approach is on a literal and logical approach of the Inheritance Act correct. It gave her roughly the income she had been getting by on, albeit that level of income was very low. But of course, it is not a “just”” result, and in fact contains a logical error. As Neuberger J (s he then was)pointed out in Re Watson[4] it is a fallacy to say that just because someone manages to live within his or her very modest income means that that income fulfilled that person’s reasonable needs or requirements.

The applicant’s case was one which plainly, and in my view rightly, attracted the sympathy of the Court of Appeal. This was a significant estate, and even the enhanced award amount to a significant windfall for the Charities involved – plainly a factor which Lady Justice Arden took into account. Without being too judgmental or sentimental, here was a woman who had been estranged because she had run away with the man that she still remained married to after for nearly 30 years, having successfully brought up five children along the way (there are references in the judgment to at least one of the children going off to university – a good sign) on a very basic income. What the court is should do in those circumstances is provide a modicum of security and enough for a better quality of life in the future. As Lady Justice Arden put it:

“[56] The court is entitled to look at future as well as present needs. The appellant is now in her 50’s and has no pension.

[57] I consider that the appellant’s resources, even with state benefits, are at such a basic level that they outweigh the importance that would normally be attached to the fact that the appellant is an adult child who has been living independently for so many years.”

What the Court of Appeal did was to produce the “just” result on the individual facts of this case. The applicant and her husband now had the ability to buy and their dwelling and achieve complete security of tenure (incidentally, removing a burden of benefits being provided by the tax payer) and provide a small nest egg which would allow for some luxuries (such as that much needed holiday) in the future, and still allow for provision for the Charities. As Lady Justice Arden frequently emphasised various points in her judgment, many of the cases cited before the curt were fact specific and did not assist[5]. Ilott does not signal an overall charter which allows any disappointed adult to claim under the Inheritance Act. Its facts are extreme. If there are broader lessons to be learned, they are to confirm (if it was necessary) that “reasonable needs” does not equate to the ability to get by on a very tight budget, and that if the effect of an award is going to impact on benefits, it would be appropriate to have clear evidence of that effect before the court. One is left with the clear impression that this aspect of the case had not been thought through by the applicant’s team below.

I add one other observation of general relevance to Inheritance Act claims. It strikes me as likely that before the district judge, neither side had made a realistic analysis of what a proper settlement or result would look like. As the note of the relevant part of the district judge’s judgment[6] records, the Charities had been suggesting that a sum of no more that £3-5,000 would be an appropriate award. I have some experience of working for at least one of the Charities, and they are notoriously uncompromising litigators.

On the other hand, the claimant’s case was presented “in an ill thought out and unhelpful way” which at times was so ambitious as to seek a sum which exceeded the size of the estate.

In almost every Inheritance Act action it is tactically crucial to make an early, realistic assessment of the merits and make a realistic offer, whether open, on a Calderbank or Part 36 terms. From those defending the estate’s prima facie distribution point of view, it should be as generous as possible, to afford the maximum protection on costs.