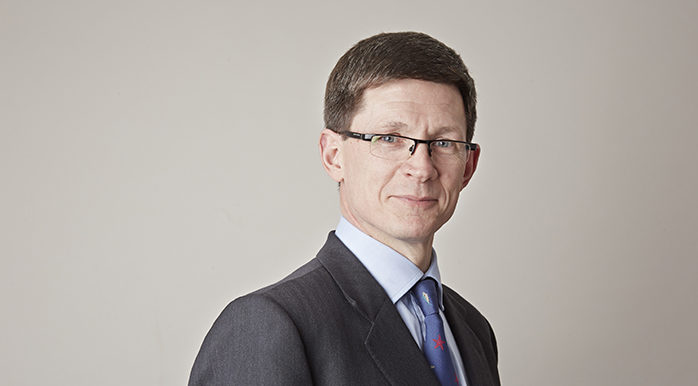 The need for public funding of representation for families at inquests is not a new issue.

In 2003 the report of a Fundamental Review of Death Certification and Investigation in England, Wales and Northern Ireland was published.

The review, commissioned by the Home Office in 2001, was undertaken by an eminent panel, and chaired by Tom Luce, and made a series of wide-ranging recommendations for reform of the inquest system.

Luce noted that the recommendations of a Government-commissioned Review chaired by a High Court Judge in 197[1][2] had been that legal aid should be made available to interested parties for representation at an inquest, and noted that the current (ie. in 2003) provisions for assessing applications for legal aid for inquests looked at significant wider public interest, or overwhelming importance to the client, and were means-tested.

The Review had received a “considerable number of representations to the effect that it is unfair to a family if, for example, at an inquest into a hospital death, the NHS Trust is represented by a barrister or solicitor paid for from the NHS budget but the family is on its own.”

It was calculated, based on survey evidence at the time, that it was just under 3% of inquests in which a public authority (ie. including an NHS Trust) was represented but the family were not.

Luce recommended that inquests should so far as possible be conducted in a style that was accessible to unrepresented people, and considered that the criteria at the time for grant of legal aid at inquests were “broadly satisfactory”. It is interesting, when considering that comment, to remember that it was those provisions which denied funding to the families at the original Hillsborough inquest.

Luce’s recommendations included that “there should be a more liberal interpretation of the criteria in cases where a public authority is represented.”

It was considered that the number of inquests which would be affected by a change in funding was small, and the cost implications were estimated at around £3m per year.

The Legal Aid, Sentencing and Punishment of Offenders Act 2012 (LASPO) came into force on 1st April 2013. Sections 8 – 12 cover Civil Legal Aid. Where funding for advocacy at inquests is available, it is provided under the Exceptional Case Funding provisions. (Although Legal Help (section 8, and sch 1 pt 1 para 41) is more widely available, it does not include funding for advocacy at inquests.)

Neither route is straight forward or without hazard. LAA caseworkers determine applications in accordance with Exceptional Funding Guidance, and the burden is on applicants to show that their application satisfies the tests.

An exceptional case determination will only be made in relation to an article 2 inquest where the applicant can satisfy the LAA caseworker that, that representation is necessary in order for the state’s procedural obligation to be discharged.

A wider public interest determination requires an applicant to show that the provision of funding for advocacy at the inquest (into the death of a member of their family) is likely to produce a significant benefit for a class of person, other than that individual and their family. Whether or not a benefit is significant is left to the discretion of the determining caseworker. Class of person is not defined, but it probably means at least 100 people.

In the case of an application according to either route, a letter of support from a Coroner may be of assistance, but is far from determinative.

Section 51 of the Coroners and Justice Act 2009 had included public funding for advocacy at inquests into deaths in various forms of custody and detention, but that provision was repealed by LASPO before it drew breath.

Luce had thought it appropriate to highlight the claimed unfairness of families in hospital death cases facing NHS Trust funded lawyers as litigants in person, and it may be those sorts of cases the panel had in mind when recommending a more liberal interpretation of the funding criteria for cases where a public body is represented.

Following the conclusion of the fresh Hillsborough inquests in April 2017, – at which the families were accorded representation by grace of special government provision – the then Home Secretary commissioned Bishop James Jones, as Chair of the Hillsborough Independent Panel, to produce a report on the experiences of the Hillsborough families so that their “perspective [was] not lost”.

Bishop James reported in November 2017, and the report covered many areas, including issues about availability of public funding for representation at inquests.

Bishop James made a clear and open plea for action to be taken to ensure that families’ “perspective [was] not lost”, and proposed 25 points of learning – three of which he considered crucial.

Within his three crucial points of learning Bishop James identified a “pressing need” for “proper participation” of bereaved families at inquests – calling it a “fundamental point of learning” – the state must ensure ‘proper participation of bereaved families at inquest at which a public body is to be represented. This includes inquest following a disaster such as Hillsborough, but also – for example – following deaths in custody or in some cases deaths following NHS care.

“Proper participation” was separated out into four strands;

Bishop James’ work had overlapped in time with the work of Dame Elish Angiolini whose Report of the Independent Review of Deaths and Serious Incident in Police Custody, published in January 2017, made a similar if not more strongly worded recommendation in relation to the legal aid issues involved in the area she was considering; “In order to facilitate their effective participation in the whole process there should be access for the immediate family to free, non-means tested legal advice, assistance and representation from the earliest point following the death and throughout the pre-inquest hearings and inquest hearing.”

Why does it matter? An example offered by Bishop James focused on the contrast between the original Hillsborough inquest – where the families were, it is generally accepted, under-represented[4], – which arguably resulted in flaws in the original pathology evidence not being exposed until the fresh inquests many years later.

On 7th February 2019 the Government published the final report on its Review of Legal Aid for Inquests. The Report noted that, emerging from the evidence gathered during the consultation process, “in particular stakeholders referred to healthcare inquests, in which understanding of complex medical terms and the relevant case law is required, and specific documents need to be requested as part of the inquest”, and how “the presence of state legal representatives can alter the perceived nature of the process and, in doing so, undermine the ability of the family to feel able to participate to the best of their abilities.”

As well as the difficult and time-consuming process of applying for Exceptional Case Funding, the evidence had also highlighted the difficulties faced by families who did not have funding for representation, in making necessary representations in relation to whether the inquest should include article 2 in scope.

Notwithstanding noting “growing calls from parliamentarians and members of the public to increase the availability of funding for bereaved families in inquests there the state has representation, the Government’s response to Bishop James’ recommendation was encapsulated in four short paragraphs;

“We have considered this option (non-means-tested funding for families at inquests where state bodies are represented) in great detail, asking a wide range of stakeholders whether, in their experience, publicly funded legal representation should be available in cases where the state is legally represented.”

“We have looked at the impact of publicly funded family representatives on the conduct of inquest hearings, and the ability of the family to participate and understand the process. In the main, responses from bereaved families and representative bodies suggested that public funding for families in these cases is required to ensure that there is an equality of arms. However, a number of stakeholders pointed out that it should not be assumed that in cases there the state has legal representation, representation for the family is necessarily required, nor that it enhances the results of the coroner’s investigation. They suggested that the addition of further lawyers might actually hinder the process, by making the process more adversarial and legally complex.”

“We have also looked into the financial implications of this option. We have estimated that this option would result in an additional spend of between £30 million and £70 million.”

Having taken all of these considerations on board, we have decided that we will not be introducing non-means tested legal aid for inquests where the state has representation. Means testing serves to determine the allocation of taxpayers’ money to those most in need. This mechanism upholds the wider policy intention of the existing legal aid statutory framework of ensuring that legal aid is targeted at those who need it most, for the most serious cases in which legal advice or representation is justified. An additional spend of £30- 70 million would run counter to this wider policy intention.

“However, we would like to explore further options for the funding of legal support at inquests where the state has state-funded representation. To do this, we will work closely with other Government Departments.”

Against a backdrop of widespread, long-expressed, almost universal support for the desirability of representation of families where the state is represented, it seems that the government has been dissuaded by unidentified voices saying that it should not be assumed that representation is actually required, nor that it will enhance the inquest process, added that to the cost involved, – and has decided that nothing of substance will change. A cynic might suggest that the Government has given disproportionate weight to the voices that it wanted to hear.

It seems unlikely that this is what Bishop James had in mind as the outcome of his work.

It is a certainty that NHS Trusts and their like will continue to be represented at inquests on the basis that representation is actually required and that it will enhance the inquest process, and that families will continue to sit alone, feeling alone and unsupported at inquests, facing the ranks of professionals and their publicly-funded lawyers and wondering where is the fairness in that.

This article was first published in the AvMA newsletter sent to their lawyer service members. The AvMA website can be found here.

James Hargan has recently been appointed as an Assistant Coroner. Whilst remaining approachable and accessible to clients, James’ court work, both written and oral, is focused and analytical, and he is a confident and formidable cross-examiner of experts.