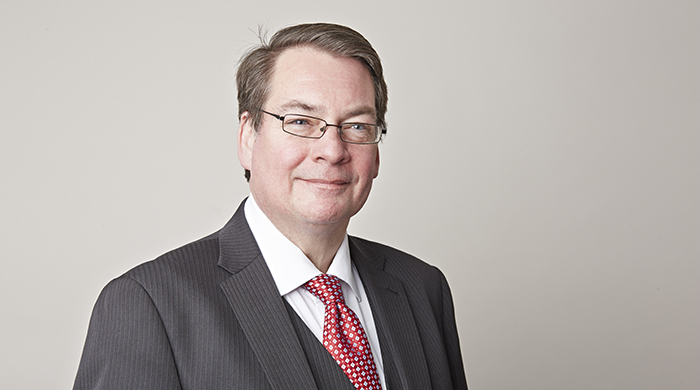 The central mischief is that clients find themselves bound to very long contractual obligations with no express “exit” provisions, although there are various policies which some companies say they operate in cases of extreme hardship, old age (75) or death. At the same time the client is bound to pay an annual management fee in the nature of a service charge, whether or not they are able to access the scheme, whether because of lack of availability of desired holidays or because of ill health and inability to travel for whatever reason. In my experience a standard charge is around the £1,500 mark.

The second thing to understand is the structure of the contracts. These follow a standard pattern. The actual contract is brief, never more than one page of small print. On the reverse there are standard form terms and conditions. These terms and conditions incorporate by reference hugely complicated documentation which ties the clients into, for example, the dense articles of association of a company limited by guarantee or the constitution of an unincorporated association, plus a management company agreement and a trust deed.

The standard response to alleged liability under the contracts is an action in misrepresentation. However, there are a number of problems with such a response. One is simply the difficulty of proof. But also there is often the problem of limitation of actions. Misrepresentation actions are subject to a six year limitation period. This is a problem because timeshare purchasers display a classic pattern of only realising what they have signed up to, or of growing dissatisfaction with the service, over time. So the remedy as such is timed out for purchases before 2011.

Does this mean that the client has no remedy? In my view, the answer is no, and the clients may still have a right of recourse, although it is a purely defensive one in the sense that it seeks to strike down the offending contract (or the material parts of it) but does not yield damages.

The Unfair Terms in Consumer Contracts Regulations 1994 – 1999 (“the UTCCRs) implemented EU Directive 93/13/EEC. Although they have now been replaced by the Consumer Rights Act 2015, the majority of timeshare contracts which I see are subject to these regulations.

A Report from the Commission to the European Parliament and Council in 2015[1] contained the following statement:

This broad statement of principle sounds exactly what is needed, but there is a problem because of the curious way in which the Directive and the UTCCRs are worded. In particular Article 6(2) provides:

(2) In so far as it is in plain intelligible language, the assessment of fairness of a term shall not relate–

(a) to the definition of the main subject matter of the contract, or

(b) to the adequacy of the price or remuneration, as against the goods or services supplied in exchange.

Thus, in broad terms the UTCCRs seem to exclude the consideration of the “main subject matter of the contract” – the so called “core terms.”  Does this include the duration of the contract?  This was considered in detail in Office of Fair Trading v Ashbourne Management Services Limited [2011] EWHC 1237 (Ch).

The judge found that the minimum membership requirement was a so called “core term” of the  contract, because it defined the period during which the member was entitled to use the gym’s facilities and, in return, had to pay a set monthly subscription. However, the judge then went on to hold that regulation 6(2)(a) only precluded the assessment of the fairness of a term by reference to the definition of the main subject matter of the contract; it did not preclude the assessment of the fairness of the term on other grounds. The judge based this distinction on his interpretation of the Supreme Court’s judgment in respect of regulation 6(2)(b) of the UTCCRs in Office of Fair Trading v Abbey National plc and others [2009] UKSC 6 and the House of Lords’ explanation in Director General of Fair Trading v. First National Bank [2001] UKHL 52 that this regulation should be given no wider an interpretation than necessary.

The judge found that  found that the minimum terms in 10 out of the 13 Agreements (regardless of length) and a minimum term of more than 12 months in any of the Agreements created a significant imbalance in the parties’ respective rights and were contrary to good faith. Such minimum terms were therefore unfair.

Let me consider how this might apply to timeshare contracts.

5.—(1) A contractual term which has not been individually negotiated shall be regarded as unfair if, contrary to the requirement of good faith, it causes a significant imbalance in the parties’ rights and obligations arising under the contract, to the detriment of the consumer.

Pausing there, I make the following observations on Articles 5(1) and 6(2). First, assessing the main terms of the contract is only precluded by Article 6(2) to the extent that it is in plain intelligible language. My view is that the way the timeshare contracts are constructed may well fail this test in respect of their duration, and if not their duration then the obligation to pay the annual management charge for that duration. These are not terms which are printed in plain terms on the document the client signs. They are imported by the terms and conditions and they are elaborate and dense. It would take a corporate lawyer to get to grips with them.

Second, in respect of Article 5(1) it seems to me that the very long duration of timeshare contracts when the client is bound to pay a heavy annual service charge whether or not he or she can make use of the scheme seems to me to be a significant imbalance. As to the requirement of lack of good faith, I suggest you take you make up your own mind given the notorious reputation of these products and the sales personnel.

Third, Article 6(2) allows consideration of “all the circumstances attending the conclusion of the contract.” Thus if there had been misrepresentation at the time the contract was taken out which was no longer actionable because of limitation, it could still be taken into account under Article 6(2).

Further in respect of Article 6(2), it seems to me that “all the circumstances attending the conclusion of the contract” can be usefully cross references with the Consumer Protection from Unfair Practices Regulations 2008 (“the CPRS”). The CPRS prohibit misleading or aggressive commercial practices or misleading omissions; all of which one can say are apt to describe the “high pressure” sales presentations which are associated with these contracts. Thus, in my opinion there is great room for cross referencing the UTTCRs with the CPRS.

Further, regard should be had to Schedule 2 of the UTCCRs which contains an “indicative and non exhaustive list of terms which may be regarded as unfair”. These include a term which is

“irrevocably binding the consumer to terms with which he had no real opportunity of becoming acquainted before the conclusion of the contract.”

This is, of course, exactly what the timeshare contracts do, via the terms and conditions which incorporate the complex scheme documentation.

As far as I am aware, no one else has advanced this analysis and these arguments have yet to be addressed by the courts. In my view, properly deployed the UTCCRs and CPRS may well provide a solid defence to claims under timeshare contracts.

[1] Report on the evaluation of Directive 2008/122/EC of the European Parliament and of the Council of 14 January 2009 on the protection of consumers in respect of certain aspects of timeshare, long-term holiday product, resale and exchange contracts; Brussels 16.12.2015.