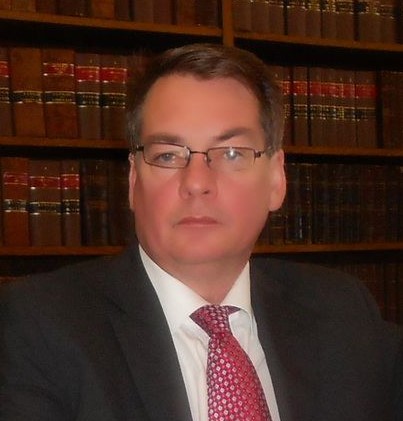 Timeshare mis-selling: An Introduction to the Problem

I have recently been getting to grips with the complex world of timeshare contracts and timeshare mis-selling. This requires the mastery of a very wide spectrum of legal doctrines and concepts which are not often wedded together in practice: simple contract, and from that misrepresentation actions (they are hard, and include therein a knowledge of exclusion clause and entire agreement clause law),  time share regulation legislation, land law, service charge law, private international law, club law, consumer credit law (which is crucial), and EU and “consumer law” – which, as anyone who knows anything about the Bank Charges litigation knows, is a very difficult legal landscape in its own right.

Indeed the “Bank Charges case” itself, OFT v Abbey National and others UKSC 6, [2009] EWCA 116, [2008] EWHC 875 (Comm), is a case which has important implications for potential litigation about time share agreements, and not necessarily in a good way; but that is a matter for extensive thought in its own right.

If you want an example of how these fields can blend together in complicated ways, consider Jarrett v Barclays Bank PLC [1996] EWCA Civ. 847, where the issues ranged from the construction of Articles 16 and 17 of the Brussels Convention and the meaning of a lease or rights “in rem” within them, and the important sections 56 and 75 of the Consumer Credit Act 1974 and the relationship between them when there was a claim based on time share mis-selling against the finance provider, which again is a crucial area which needs extensive consideration in its own right.

Indeed the inextricable inter-relationship of individually complicated legal topics explains, in part, why the first two formal written Advices on these matters both ran to over 13,000 words, and considered such obscure topics as the meaning of “rent” within section 18 of the landlord and Tenant Act 1985; obscure, yes, but utterly critical for my clients.

As it happens, I had something of a background in private and public international law; my background in chancery work was also useful for a number of the issues, but consumer credit law and what I will call in shorthand consumer law was different; I was not used to those, and I had to learn the field and master a different way of thinking. In particular, consumer law, usually stemming from the appropriate EU Directives, involves much more amorphous concepts that the strict, “tick box” or caveat emptor” approach of the English common law with which I had been brought up.

It has been very demanding project, and yet very interesting and rewarding. Indeed, the recent seminar on the topic I presented in Chambers was not only well attended, but genuinely seems to have been very well received. One or two of the kind comments even suggested it was “very interesting”, which are not words generally associated with me, or indeed, the Unfair Terms in Consumer Contracts Regulations.

There are a number of problems with these types of product, for example:

But the major problem, above all else, is the longevity of the products, or the so called “perpetuity” point, coupled with the inability to sell on arrangements which may have been drafted to last for decades. Consumers are often induced to enter into arrangements which, if not indefinite, may purportedly last for 70 or 80 years.

In July 2014 the UK Competition and Markets Authority (“the CMA”) published a research paper entitled “Disposal of timeshare and other long term holiday products”.

That paper includes the following statement at paragraph 1.11 and following:

“1.11   As time passes, consumers who acquired their timeshare or Long Term Holiday Product many years ago may find that they can no longer use it or afford to keep it. They may discover, however, that their contract makes little or no provision for withdrawal and that they appear to remain liable for the duration of the agreement (which, in some cases, may seem to be forever). They can try to sell their timeshare or LTHP or give it away, but the secondary market is largely dormant: some owners have spent years trying to sell without success. They may also face restrictions on being able to leave.

1.12     Given the longevity of timeshare ownership or LTHP membership, and the ageing demographics…it is not surprising that people’s circumstances change. For example some owners or members may no longer be able to travel for health or mobility reasons; some may be living on reduced incomes following retirement from work or separation from a partner; some may have died. However, they still may not be able to exit their timeshare or LTHP agreement.

As that research paper continues at paragraph 1.15:

“1.15   The industry appears to recognise, and [The Resort Development Organisation] and the [Time Share Association] certainly recognise, that timeshare exit has become the major issue. Changes have been made and initiatives are under way. For example, in perpetuity clauses are rare in contracts being entered into today.”

Indeed, as they get older owners or members become very worried by these problems. People are then lured into purchasing more expensive products in return for an assured exit further down the line. For example, I can think of one provider which does in practice operate a policy of allowing the owners to cancel their timeshare agreements when they reach the age of 75; I think it does so to avoid litigation. But nevertheless it still sells expensive new products to existing consumers with guaranteed buyouts without telling them that, trading on the customer’s anxiety about what might happen.

Indeed, a phenomenon that I regularly encounter is that consumers find themselves for a variety of reasons becoming more and more deeply sucked in to the complicated world of products over time. When I was child I was once very ill with pneumonia, and I recall I spent a lot of time alone in my room reading (a bit like now, really). My favourite topic was, of course, dinosaurs, and I had a beautifully illustrated book about them. One the chapters explained how certain tar pits in the United States would regurgitate a great treasure trove of dinosaur and animal bones; the reason being that once a poor animal got caught in the tar, its struggle to escape only sucked it deeper in, with fatal results. And so it seems to be with these products, as a pattern of repeat buying can often be identified.

You can see how difficult it could start to be to frame a traditional action in, say, misrepresentation, in these circumstances, and how problems can arise with limitation of actions too.

At its ultimate, as the CMA research paper recognises, the very long length of products is or has been a problem when the timeshare owner has died and the beneficiaries of his or her estate are concerned that they may receive a most unwelcome inheritance.  However one looks at it, timeshare products are a form of property, and the risk is that the property will devolve upon the beneficiaries who wish to have nothing to do with it but nevertheless become liable for the continuing costs under it. Now, as we all know, in a case in 1819, the then Lord Chief Justice Charles Abbot, later the first Baron Tenterden, said: “The law is certainly not so absurd as to force a man to take an estate against his will.”[1] But amazingly not everyone does know that, and steps must be taken to renounce the gift. Even if that is done, then unless the situation is resolved, the deceased’s estate faces a seemingly endless liability which may exhaust it, leaving nothing for the beneficiaries.

There is specific UK legislation which governs selling of timeshare and long term holiday products. It is a bit of a mess.

The UK started to address the “problem” by enacting the Timeshare Act 1992.

The UK then amended the 1992 Act to bring it into line with that Directive via the Timeshare Regulations 1997.

That was carried into effect in UK law by the Timeshare, Holiday Products, Resale and Exchange Contracts Regulations 2010, which repealed and replaced the 1992 Timeshare Act (as amended).

Leaving aside the complexity, these provisions are, in my opinion, unsatisfactory. Why?

The 1992 Act and the 2010 Regulations approach the issue of consumer protection by laying down codes of practice; setting out the form and content of agreements, specifying minimum information which must be provided, and allowing for a statutory cooling off period of 14 days. In the case of the 2010 Regulations it is expressly provided that if there is a breach of these terms then the contract is unenforceable.

The problem with that scheme is that the timeshare providers are smart. Of course they will go through all the hurdles with the paperwork and make sure that on the face of it there is compliance. This approach does not address the central problems which I have spoken about already and in particular the problems of longevity, inability to exit and possible unwelcome inheritance.

To find practical remedies, then, we have to turn elsewhere. We also have to bear in mind the age and means of the clients we will usually be dealing with, and the potential consequences of litigation, both personally and financially.