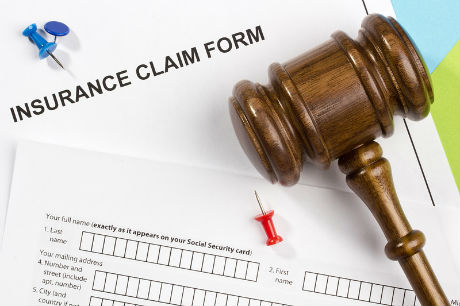 Notice of Discontinuance as Get Out of Jail Free Card

It is common practice for an unscrupulous claimant, to run a doubtful personal injury claim to the door of the court,  hoping to force a settlement, and then, at the last minute, to discontinue, in order to avoid the risk of failure, a finding of fundamental dishonesty and a costs liability.

That has led to one writer styling a notice of discontinuance, as a ‘get out of jail free’ card.

Fundamental Dishonesty as a Trump to the Notice of Discontinuance

To mix metaphors, and card and board games, such a “get out of jail free” card can be “trumped” by a finding of fundamental dishonesty.

A fundamental dishonesty was made in Michael Gosling v Hailo and Screwfix Direct.  The evidence which led to that conclusion was:

In many, if not most cases, the evidence of dishonesty will not be so strong.

HHJ Maloney QC contemplated that in some cases, the issue of fundamental dishonesty might:

“only justly be determined by the hearing of oral evidence and the opportunity of cross-examination”.

Privilege as a Trump to the Fundamental Dishonesty Application

In such an instance, a Claimant might assert privilege and refuse to provide evidence or explanation.

There may well be

However many courts will not take the further step, and label the conduct fundamentally dishonest.

Challenging the Assertion of Privilege

This article argues that neither is the claim to legal professional privilege on discontinuance.

The Rationale for Privilege

“The principle which runs through all these cases, and the many other cases which were cited, is that a man must be able to consult his lawyer in confidence, since otherwise he might hold back half the truth. The client must be sure that what he tells his lawyer in confidence will never be revealed without his consent. Legal professional privilege is thus much more than an ordinary rule of evidence, limited in its application to the facts of a particular case. It is a fundamental condition on which the administration of justice as a whole rests.”

Not All Communications Are Privileged – The Iniquity Exception

However, the privilege only arises where what passes between client and solicitor, “passes between them in professional confidence” (Follett v Jefferyes (1850) 1 Sim NS 3).

“The true doctrine is that there is no confidence as to the disclosure of iniquity. You cannot make me the confidant of a crime or a fraud and be entitled to close up my lips upon any secret which you have the audacity to disclose to me relating to any fraudulent intention on your part; such a confidence cannot exist.”

A Claimant Not Believed Is Not Enough

The fact that at trial a claimant is not believed isn’t enough to mean that there is no privilege.  Obiter in Kuwait Airways Corpn v Iraqi Airways Co (No 6) [2005] EWCA Civ 286 it was said

“Obviously, not infrequently persons allege that accidents have happened in ways other than the ways in which they in fact happened, or that they were on the correct side of the road when driving while actually they were on the wrong side of the road, and matters of that sort. Again, litigants in civil litigation may not be believed when their cases come to trial, but that is not to say that the statements they had made to their solicitors pending the trial, much less the applications which they made if they applied for legal aid, are not subject to legal privilege.”

Such a case was said to be within “the ordinary run of cases”.

The Solicitor does not have to be a conspirator with the claimant or even know of the fraudulent element.

A solicitor does not receive information or create a document in the ordinary scope of his professional employment, even when he is subjectively innocent and ignorant of the purpose (Chandler v Church (1987) 137 NLJ 451), if he is made “an unconscious instrument in the commission of a crime” (Greenhough v Gaskell (1833) 1 My & K 98).

“But where in civil proceedings there is deception of the solicitors in order to use them as an instrument to perpetrate a substantial fraud on the other party and the court, that may well be indicative of a lack of confidentiality which is the essential prerequisite for the attachment of legal professional privilege. The deception of the solicitors, and therefore the abuse of the normal solicitor/client relationship, will often be the hallmark of iniquity which negates the privilege.”

That does look rather more useful.

Burden and Quality of Evidence To Displace a Claim to Privilege

A mere allegation of fraud in a pleading is not sufficient to displace the assertion of privilege (O’Rourke v Darbishire [1920] AC 581).  However, the hurdle is not high.  All that is needed is that “a prima facie case must be “made out” (O”Rourke at 614).  Further still, Lord Sumner goes on to describe how that might be done:

“Evidence, admission, inference from circumstances which are common ground, or “what not,” as Lord Halsbury says, may serve for this purpose. I do not pretend to define what material may and what may not be used. The imperfections of his pleadings or the dubious character of his procedure in the action may militate against the claimant’s case. The fact that a motion to strike out his pleading has been made and has failed, does not establish that he has a sufficient prima facie case for this purpose. The stage in the action is only an interlocutory one, and the materials must be weighed, such as they are, without the apparatus of a formal trial of an issue. On such materials the Court must judge whether the claim of privilege is displaced or not.”

There is a strong argument then that those elements which often wont satisfy a judge of fundamental dishonesty, that is to say late discontinuance, some inconsistency in evidence and a refusal to provide a reason for discontinuance, should satisfy the lower burden of proving a prima facie case that privilege does not apply, and disclosure of documents surrounding the discontinuance.

An application for disclosure and declaration that privilege does not apply, can in the right case, plug the gap between a judge being prepared to find a claimant’s conduct suspicious, but not being prepared to go so far as to find them fundamentally dishonest, and a finding of fundamental dishonesty.

Nicholas Hill has over 20 years’ experience dealing with civil claims generally and fraud claims in particular. He has a significant advantage in that he appears not only for the claimant or defendant in trials and applications, but has the benefit of regularly determining such cases when sitting as a Deputy District Judge.