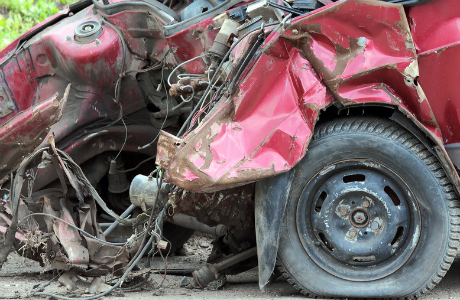 Judy Dawson looks at the recent judgment of the Court of Appeal in Delaney v Secretary of State for Transport and the insurance indemnity issues that arise. Judy is well-placed to comment, being the author of a book on the Uninsured Drivers Agreement and a personal-injury barrister at Park Square Barristers, Leeds.

The Court of Appeal has ruled that the government is in serious breach of European law due to the ‘crime’ exception in the Uninsured Driver’s Agreement. The breach is sufficient to justify the payment of substantial Francovich damages to the claimant (which, in turn, must mean that it is sufficient for the government to amend the aforesaid agreement and to do so in the near future).

This presents an interesting political conundrum for the government, given the looming election date, the emergence of UKIP, and potentially at least some likely condemnation of the idea that those engaged in criminal activity should be compensated if they are injured in the course of it (and that the UK is unable to exclude such persons from being compensated due to a European directive).

Clause 6.1(e)(iii) of the Uninsured Drivers Agreement states that the Motor Insurers Bureau will not be liable to compensate the victim of an uninsured driver where such victim “at the time of the use giving rise to the relevant liability was voluntarily allowing himself to be carried in the vehicle and, either before the commencement of his journey in the vehicle or after such commencement if he could reasonably be expected to have alighted from it, knew or ought to have known that… the vehicle was being used in the course or furtherance of a crime.”

According to the Second Motor Insurance Directive (which the Uninsured Drivers Agreement purports to enforce in English law), the only exceptions to the general principle that victims of uninsured drivers should be compensated in the same way as victims of insured drivers are those in Article 1(4), the chief of which is that member states may exclude the payment of compensation by the national body in respect of persons who voluntarily entered the vehicle which caused the damage or injury when the national body can prove that they knew it was uninsured.

Mr Delaney was the front-seat passenger involved in a road traffic accident in 2006, in which he sustained serious injuries due to the negligence of the driver of his vehicle (Mr Pickett). As he was dragged from the wreckage, a football-sized lump of cannabis fell from his jacket and further cannabis was found in the vehicle. Mr Delaney had no memory of the accident – but it would appear that the two men were ‘going for a spin’ (literally, as it subsequently transpired).

Mr Delaney issued proceedings against the driver; however. the driver’s insurer (Tradewise) managed to obtain an order under section 152(2) Road Traffic Act that it was entitled to avoid the policy due to material non-disclosure (the driver had failed to disclose that he had diabetes and depression, and was a habitual user of cannabis). This reduced Tradewise to the status of Article 75 insurer, and it effectively stood in the position of the Motor Insurers Bureau for the action.

Mr Delaney’s injuries were serious and necessitated a lifetime of care, but Mr Pickett was a man of straw. Tradewise/MIB defended any liability on their part to pay damages on the basis of the doctrine of ex turpi causa and on the basis of the exception under the Uninsured Drivers Agreement Clause 6(e)(iii). The claimant lost his case for damages to be paid by Tradewise/MIB following a trial in front of HHJ Gregory, and subsequently lost the appeal at the Court of Appeal (reported as Delaney v Pickett [2011] EWCA Civ 1532). Whilst his appeal to the Court of Appeal that the doctrine of ex turpi causa did not prevent him from recovering damages was upheld (on the grounds that the joint criminality was only the occasion and not the cause of the accident), the Court of Appeal rejected his appeal against the finding that Clause 6(e)(iii) debarred him from recovering under the Uninsured Drivers Agreement on the grounds that he ought reasonably to have known that the car was being used in furtherance of a criminal enterprise, namely to transport cannabis for drug dealing. It was commented on in the judgment that he had not raised the point of incompatibility with the directive, and his attempt to raise it at a very late stage by way of an application for permission to appeal to the Supreme Court was rejected.

Proceedings against the Secretary of State for Transport

Undeterred by the failure of the first proceedings, and having been given a significant steer by the Court of Appeal, Mr Delaney brought a second set of proceedings, this time against the HM Government for breaching European law. His argument, in essence, was that the Uninsured Drivers Agreement, and in particular Clause 6(e)(iii), was in breach of European law , since the European Motor Directives had stated that member states should ensure that victims of uninsured drivers should be compensated in a manner equal to those of victims of insured drivers (subject to limited exceptions, of which the ‘furtherance of crime’ exception was not one).

Furthermore, and providing the motive for taking such proceedings given his need for lifetime care due to his serious injuries, such breach was sufficiently serious to justify ‘Frankovich damages’ (ie that the government should compensate him for the loss that he had suffered as a result of the breach of European law, which in this case would seem to be equal to that which he had lost in compensation.)

The case initially came before Mr Justice Jay in the High Court, who found that the government was in breach of European law and that Mr Delaney was entitled to damages. In a Court of Appeal judgment last week (reported at [2015] EWCA Civ 172), both of those rulings were upheld and the government’s appeal was dismissed.

Where does this leave the government & the law?

I am sure that the government will have no wish to have any further cases in which it, rather than the Motor Insurers Bureau, has to compensate victims of uninsured drivers for their injuries and consequential losses. Therefore, it seems likely that there will be a redraft of the Uninsured Drivers Agreement (likely being back-dated in its effect) in the very near future in order to delete the now fatally wounded Clause 6(e)(iii).

Mr Justice Jay remarked that “Many readers may be wondering how it comes about that a drug-dealer is entitled to compensation against Her Majesty’s Government in circumstances where he was injured during the course of a criminal joint enterprise…”. This has already been taken up by the press, and causes significant political difficulty. Until such redrafting takes place, it would seem that the Motor Insurers Bureau can take advantage of the law in defending such claims, leaving the government to pick up the tab. Mr Delaney’s legal representatives can now concern themselves with establishing the quantum of their client’s claim.