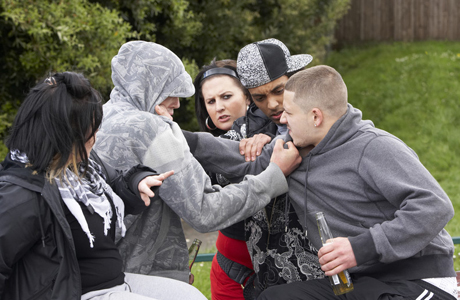 The appeals related to the mental element of intent which needs to be proved by the prosecution when a defendant is accused of being a secondary party to a crime. The judgment in the appeals has been widely reported in the national press. What has changed as a result of the judgment?

The judgment relates to all cases involving principal and secondary parties to crime on a joint enterprise basis. This summary sets out briefly the law in this area as restated by the Supreme Court / Privy Council today.

Let us take a common scenario in cases of homicide. Two people (D1 and D2) decide to attack a third person (V). During the course of the attack, D1 produces a knife and stabs V fatally. D1 and D2 are arrested. They are both charged with murdering V. D1 is convicted of the offence of murder. D2 contends that, although he was involved in the attack, he was unaware that D1 possessed a knife, intended only to engage in a fistfight, and certainly he intended no serious harm to V.

Since the decisions in Chan Wing-Siu –v- The Queen [1985] 1 AC 168 and R –v- Powell & English [1999] AC 1, the law in this area has been that a secondary party (D2) is guilty of crime B (for example, murder) if he foresaw that D1 might commit murder during D2’s continued participation with D1 in crime A (for example, assault occasioning actual bodily harm or violent disorder).

The Supreme Court decided that this was illogical and unfair. In essence, the court accepted the argument that the test that had applied since the earlier decisions set the threshold too low for secondary parties. The net was cast too wide. The court said it had taken a wrong turning in those cases. Chan Wing-Siu and Powell & English had been wrongly decided. Argument presented to the court in those appeals had failed to reflect other case law that contradicted the cases relied upon in those appeals.

Principles from the Judgment:

So what is the position now? Well, guess what, the court said the old law was correct all along. The principal and secondary party must share the same intention to commit the offence that the principal commits.

The principles to take from today’s judgment are :

Applying the new law, the appeals in Jogee and Rutherford were allowed and their convictions for murder quashed.

It seems to me the restatement of the law was much needed and is sensible. There will still be many multi-handed prosecutions for murder where group attacks occur. However the prosecution will need to focus more tightly on the intention of the secondary parties indicated by the evidence. The net will probably not be so widely cast from now on.

Abdul Iqbal QC is a favoured choice of counsel among both solicitors and lay clients. He is widely recognised for his skilful, tactical and robust advocacy in the most complex cases.