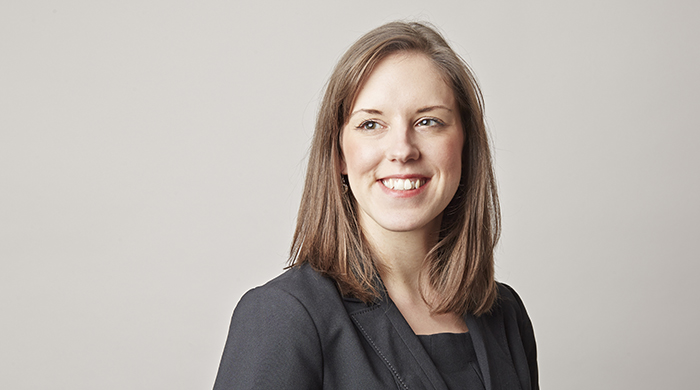 In this recent case, the Defendant was the professional indemnity insurer of Westoe 19 (formerly Colin Lilley Surveying Limited) referred to throughout the Judgment as “CLS”. CLS was a limited company whose business was property valuation.

The Claimant, a bridging finance lender which had relied upon CLSs’ valuations, had obtained judgments in default of any acknowledgment of service in excess of £13 million against CLS on the basis that CLS had negligently overvalued agricultural properties between 2010 and 2012. The Claimant sought an indemnity from the Defendant pursuant to sections 1(1) and (4) of the Third Party (Rights Against Insurers) Act 1930.

The Defendant purported to avoid the policies in February 2016 as a result of misrepresentations and non-disclosures by CLS prior to renewal of the policies.

Each policy contained an “unintentional non-disclosure clause” which stated:

a) In the event of non-disclosure or misrepresentation of information to Us, We will waive Our rights to avoid this Insuring Clause provided that

c) in the event of a dispute between You and Us regarding the application of (a) and (b) above, such dispute or disagreement shall be referred to by either party for arbitration to any person nominated by the President for the time being of The Royal Institution of Chartered Surveyors.

It was disputed how the court should give effect to that provision. The Claimant argued that it was for the court to make findings of fact as to whether the misrepresentations were free from any fraudulent conduct or intend to deceive. The Defendant on the other hand argued for a more limited role by the court: effectively reviewing the Defendant’s decision on a Wednesbury unreasonableness basis (was it open to a reasonable decision maker on the basis of the facts and matters such as a decision maker was entitled to take into account in arriving at such a decision)

Relying on a number of authorities but primarily the Supreme Court judgment of Braganza v BP Shipping Limited [2015] UKSC 17, it was necessary firstly to consider the construction of the UND Clause and then the extent of any implied term. In any contract where one party is permitted to exercise a discretion whether or not to exercise an apparently absolute contractual right, the courts can imply a term that such discretion will not be exercised in an arbitrary, capricious, perverse or irrational manner.

The construction of the clause is a crucial first step given the following three principles regarding the implication of terms set out in the Supreme Court in Marks and Spencer Plc v BNP Parabis Securities Services Trust Co (Jersey) Limited [2015] UKSC 72:

(i) Terms are to be implied only if to do so is necessary in order to give the contract business efficacy or was so obvious that it goes without saying;

(ii) It is necessary but not a sufficient requirement that the term that a party seeks to have implied appears fair or is one that the court considered that the parties would have agreed if it has been suggested to them; and

(iii) No term may be implied into a contract if it would be inconsistent with an express term.

Considering the UND clause in this case as a whole, and in particular the phrase “You are able to establish to Our satisfaction…” gives the effect that (i) the burden was on CLS to establish that any misrepresentation of non-disclosure was “innocent and free from any fraudulent conduct or intent to deceive” and (ii) the decision maker is clearly the Defendant. The court cannot therefore substitute its judgment for that of the defendant. The contract confers the decision-making power on the Defendant.

Therefore, unless the terms of the contract are qualified by an implied term, the parties are bound by the decision of the Defendant.

HHJ Pelling QC found that the UND was qualified by the implied term for the following reasons:

(i) Neither party can be treated sensibly as having intended to permit the Defendant to make decisions that were arbitrary, capricious or irrational.

(ii) It is therefore necessary to imply a term in order to eliminate the possibility of such decision making since it is only by implying such a term that the UND Clause can be given business efficacy.

(iii) Implying such a term does not contradict the agreement of the parties.

(iv) The UND clause in this case was a “classic example of a clause to which the principles in that case [Braganza] should be applied” [68].

(v) The Judge distinguished authorities relied upon by the Claimant which considered UND clauses which were not similarly expressed and in any event pre-dated Braganza.

The term implied into the UND clause is that the decision maker will not exercise its decision making powers arbitrarily, capriciously or irrationally in the sense identified by the Court of Appeal in Associated Provincial Picture Houses Ltd v Wednesbury Corporation [2948] 1 KB 223. This requires that (i) the Defendant will not take into account matters that it ought not to and (ii) the conclusion was not one that no reasonable decision maker could ever have come to.

When considering the latter, the Judge referred to the case of Re H (Minors) Sexual Abuse: Standard of Proof) [1996] AC 563 and the often quoted line: “the more serious the allegation the less likely it is that the event occurred and, hence, the stronger should be the evidence before the Court concludes that the allegation is established on the balance of probabilities”.

The Judge agreed that it would be a mistake to expect an insurance company in the position of the Defendant to adopt the same microscopic investigation as a Court.

Further, the Judge noted the principle that if it appears to the court to be highly likely that the outcome could not have been substantially different even taking account of the error, then a court ought not generally to interfere with the decision.

The Defendant was not entitled to avoid the contract

The Judge heard evidence from various witnesses involved in the decision-making process.

The Claimant sought to argue that the investigative procedure was flawed. The Judge rejected this for the following reasons:

(i) The Wednesbury principles do not assist to determine if the process was flawed. It would be a mistake to expect a commercial decision maker to comply with the same standards which are expected of the state in a public law context or of the court or tribunal.

(ii) It was immaterial that he Defendant failed to arrange a meeting with CLS. The suggestion that there has to be a meeting in every case goes beyond what can reasonably be expected of an insurance company in the circumstances of this case. The Defendant was entitled to approach the issues seeking an explanation in writing.

(iii) CLS was given adequate opportunity to respond to issues of concern.

However, the Court concluded that the Defendant (i) failed to take into account matters which is ought to have and therefore (ii) the decision was irrational for the following reasons:

(i) The Defendant’s investigator failed to approach the dishonesty issue with an open mind or bearing in mind that it was more than probable that a misrepresentation has been made innocently or negligently rather than dishonestly.

(ii) Some important matters were left out of account by the decision maker in his assessment of dishonesty.

(iii) The errors identified [between paragraphs 95 and 106 of the judgment] “permeate the whole of the decision making exercise”.

The Judge noted that the individual decision-maker was not trained in how to approach decision making of this sort, nor was there any guidance for him to follow in the Defendant’s claims handling manual to show how those issues ought to be approached.

The decision exemplifies the approach taken by courts when applying the Braganza principles and when to imply a term into an Unintentional Non-Disclosure Clause. The case also highlights the very close relationship between the first and second limb of the Wednesbury test in an insurance context. When fraud is alleged, insurers must be mindful of the guidance in Re H and make a fair and balanced assessment based upon the whole of the material that the decision maker ought to consider, and taking account of the fact that it is inherently more probably that a misrepresentation has been made innocently or negligently rather than dishonestly [66].

The Judgment is available here.

Kate Wilson is a member of Park Square Barrister’s Insurance Team. She appears on a number of leading insurance company panels of preferred counsel and is experienced in all areas of indemnity disputes including avoidance of indemnity.

Another member of the Insurance Team, James Wilson, has recently discussed this case on his YouTube channel which can be viewed here.