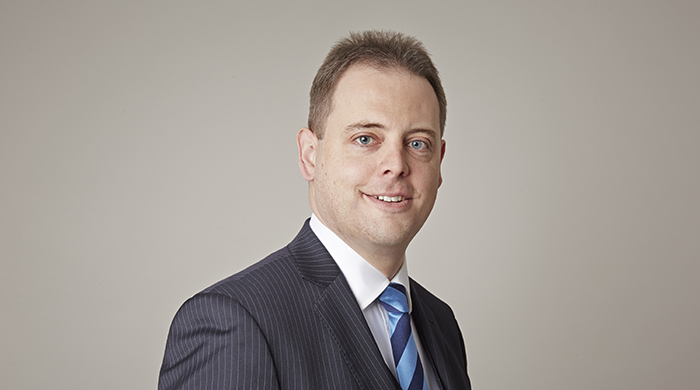 Whilst the civil courts adapt at short notice to working, by and large, remotely, invariably some hearings will continue for the foreseeable future to be adjourned to dates as yet unknown.  In the circumstances, it might seem inevitable, or at least tempting (especially when many parties and their solicitors are faced with the difficulties associated with unexpectedly having to work from home at the same time as home schooling children), simply to wait on the court.

Potential pitfalls of simply waiting on the Courts

By just waiting on the courts, parties and their solicitors may run some of the following risks:

Of course, there are some claims where the parties have no option but to resort to litigation, for example, certain test cases where a binding legal precedent is being sought from the court.

However, the majority of claims should be suitable for alternative dispute resolution (ADR), and it is anticipated the courts are likely to be more willing than ever to sanction parties who, unreasonably, prove not prepared to explore reaching a potential settlement by such means.

Certainly, the Courts will nudge clients towards ADR at every opportunity and it is something lawyers ought to broach with clients to give them some option other than ‘the long grass’.

What the Courts expect of parties and their lawyers

Practice Direction – Pre-Action Conduct and Protocols of the Civil Procedure Rules (CPR) provides (under the heading ‘Settlement and ADR’):-

(a) mediation, a third party facilitating a resolution;

(b) arbitration, a third party deciding the dispute;

(c) early neutral evaluation, a third party giving an informed opinion on the dispute; and

It is worthy of note that standard orders being made by a number of the courts since the imposition of the lockdown contain the following reminder (or the equivalent) to the parties:-

Section 14 (‘Alternative Dispute Resolution’) of Volume 2 of The White Book Service 2020 states (at paragraph 14-7+, which is only available to subscribers to the CD-ROM version and/or to the said publication on Westlaw), “Post April 2013 the court’s duty to encourage the parties to use ADR has to be interpreted in the context of the Costs Review by Jackson LJ in his Costs Review (“Review of Civil Litigation Costs: Final” … , his intense focus upon achieving proportionality between the cost of litigation and the value of that which is at stake, his conclusion that ADR was under-used and the amendments to the overriding objective in Pt 1 of the CPR relating to proportionality. The Court of Appeal in PGF II SA v OMFS Co [2013] EWCA Civ 1288 stated that the constraints which now affect the provision of state resources for the conduct of civil litigation call for an ever-increasing focus upon means of ensuring that court time, both for trial and for case management, is proportionately directed towards those disputes which really need it, with an ever-increasing responsibility thrown upon the parties to civil litigation to engage in ADR, wherever that offers a reasonable prospect of producing a just settlement at proportionate cost.  The message is that parties should seriously consider engaging in ADR without troubling the court or waiting for case management directions requiring this.  PGF II SA was followed in NJ Rickard Ltd v Holloway [2015] EWCA Civ 1631.” (emphasis added).

However, rather than focusing upon what costs sanctions parties may face in the event they do not consider ADR, it is worthwhile instead having regard to the advantages of ADR, especially in present circumstances.  As Park Square Barristers’ Kate Wilson identified in her article entitled ‘Civil Team: Updated Guidance and Online Dispute Resolution’ that appeared on chambers’ website on 9 April 2020, “Across all jurisdictions, there is likely to be an opportunity now more than ever to explore alternative avenues of dispute resolution.  Many cases are being adjourned as a matter of course and parties are now finding that the end is no longer in sight.  Perhaps worst of all, it is unknown how long the current situation will last.”.

As per the CEDR (Centre for Effective Dispute Resolution) mediator handbook:

“Mediation enables the parties to resume, or sometimes to begin, negotiations.  The presence of a mediator changes the dynamics of the negotiating process.  The mediator brings negotiating, problem-solving and communication skills to the process, and deploys them from a position of independence and neutrality, making progress possible.

The mediator, as a neutral, can:

“The essence of mediation, and the reason for its success, is that it offers a powerful structure … and introduces a changed dynamic into any negotiation or dispute discussion.  The mediator acts as a catalyst, being an independent neutral who is committed to helping the parties to reach settlement, but who does not have a stake in the dispute or the outcome.

As is identified by the CEDR mediation handbook, “Mediation does not preclude the use of other methods of dispute resolution [including litigation], and no one loses any of their accrued rights by participating in mediation.”; “Mediation is not a waste of time and money if it fails”:

“If settlement is not reached in mediation, it is usually achieved shortly afterwards.  The settlement gap will usually be narrowed at mediation [with consequent savings to be made in court issue fees and/or the length of any trial] through the negotiations and through parties gaining a greater understanding of the other party’s case and privately reviewing their own case.  Mediation almost always tempers aspirations with realism, and movement towards settlement takes into account the risks, legal and commercial, of not settling.”.

Rather than the black and white, win or lose outcome of trial with the litigation risk it entails, by contrast, a mediation appointment represents a safe (confidential and without prejudice) environment to explore potential avenues towards settlement, including options over and above those courts have power to order, thereby possibly preserving business relationships.

A brief (and light-hearted) summary of mediation, with particular emphasis on online dispute resolution, was the subject of a PowerPoint presentation that I gave prior to the current crisis.  The slides can be found here.

Even with clients sceptical that mediation would work, it is worth noting that if some issues can be resolved, or boxed off (such as aspects of quantum subject to where other issues are decided), then trial of several days could be reduced to something more manageable and capable of remote hearing – and may, as a result, be heard sooner.

During lockdown there are many ways of conducting mediation simply and effectively.  Some of the more popular software allows breakout rooms, but a simple combination of a laptop or tablet with a browser and microphone plus a mobile or landline for ‘side discussions’ is workable and we have barristers who can assist with setting up the technology and talking clients through it.

As many of us now find ourselves becoming more familiar with video conferencing software, online dispute resolution ought to be a less daunting prospect than it perhaps once was just a few weeks ago.  However, for those who may still require some reassurance, please do not hesitate to contact Andy Reeves on 0113 213 5252 or via email at andyreeves@psqb.co.uk, who can provide further details or arrange for you to speak with one of our ADR practitioners.