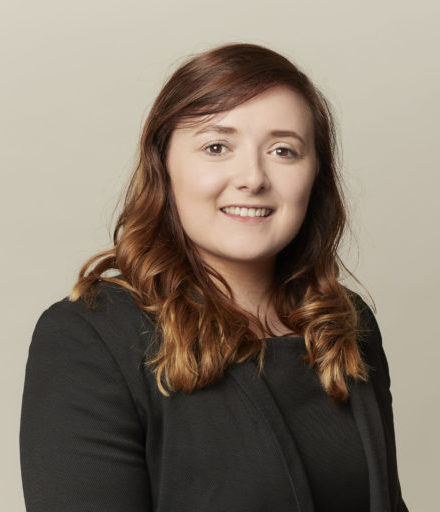 Williams J applies the guidance from recent cases and the President’s Guidance in a decision handed down at 4.30pm on 15 May 2020. The full judgment can be found here.

The judgment addresses the question of whether a fact-finding hearing should continue either remotely or semi-remotely or whether the case should be adjourned until an in-person hearing of pre-Covid 19 format can take place.

Ayesha Megyery has summarised the recent cases and research in respect of the impact of COVID-19 in the family courts. This can be found here.

The case involved four children, the fifth child a 3 year old girl died in hospital and test results indicated that her death was consistent with cocaine ingestion. This had led to a finding of fact hearing within the care proceedings. At a pre-trial review all parties agreed that the case should continue to be listed and should be heard remotely. Williams J approved the use of Zoom on the basis there was a pressing business need for that platform to be used. Arrangements had been made for the trial bundle which totalled around 7500 pages to be provided digitally by Caseline.

The expert evidence was heard remotely over the course of 7 days by Zoom and included the assistance of an interpreter. No party required any oral evidence from the social work witnesses. By 1 May 2020, the hearing had therefore reached the close of the oral evidence save for the mother, the father, and the maternal and paternal grandmothers.

In relation to the expert evidence the judgment notes the following:

The Father was shielding himself as he believed he was in the category of individuals who were considered to be clinically extremely vulnerable. He had not received a letter from his GP confirming this, but it was a view he had taken himself. He was not prepared to leave his home to attend Court. The Father suffered from dyslexia and had been hampered by difficulties with his own technology during the hearing.

The Maternal Grandmother had symptoms of Covid-19 and had been diagnosed with the condition by the GP via a telephone consultation. The Mother had contact with the maternal grandmother around 27 April and so could not attend Court prior to 11 May. Additionally, the Mother was represented by leading counsel who had to remain shielded until 30 June.

Following the conclusion of the oral expert evidence, the Local Authority filed an amended threshold which no longer included the maternal grandmother however she was still a potential witness. Following this, the parties’ positions were as follows:

The case was adjourned to allow the parties to consider the amended threshold and also to consider the announcement of the review of the covid-19 restrictions which was due on 10 May 2020 from the Prime Minister.

The announcement made on Sunday, 10 May and the subsequent 50-page guidance issued on Monday 11 May did not bring much greater clarity to the position that the parties and the court faced. Within the guidance there was a tacit recognition that for those in the clinically extremely vulnerable category it was likely that they would be required to shield beyond 30 June. However, the relaxation of the restrictions to encourage the resumption of work supported the possibility of more flexibility in terms of in-person hearings; subject of course to appropriate risk assessments and the implementation of proper safety measures.

On 11 May 2020, the Mother informed the Court that she felt obliged to assist the maternal grandmother with her medical equipment on 8 May 2020. This meant the Mother ought to self-isolate for 14 days from 8 May 2020. The Judge was also able to liaise with HMCTS facilities and IT staff to see what technology, staff structures and protocols could be put in place to enable a Covid-19 safe hearing to take place in two courts in the RCJ.

Submissions resumed on the issue of how a hearing could take place and it emerged that some if not all of the parties contemplated an attended hearing taking place in the last week of June. The options for the Court were to continue the hearing remotely, adjourn the hearing until the last week of June or adjourn the hearing until September where the prospect of an in-person hearing was more likely. The parties’ positions were as follows:

The Court considered the guidance from 27 March 2020 and 9 April 2020 as well as the recently reported cases.

Williams J agreed with the view expressed by Leggat LJ which is referenced in A Local Authority v M and F [2020] EWHC 1086 (Fam) in that the credibility of a witness and the truthfulness of their account in the vast majority of cases is reliant principally upon the evaluation of the content of their evidence rather than the evaluation of their demeanour. Additionally, it is a rare case where a judge is left without any contemporaneous evidence from the witness as most witnesses have recorded their evidence in written or recorded form on one or more occasions prior to giving it in court. There will also be evidence from other sources such as digital or other records. the evaluation of the credibility of a witness’ account will usually take place against a backdrop where consistency can be judged against earlier accounts, against contemporaneous evidence and against the evidence of others.

It concluded that there were serious allegations before the Court – the issue being the role that each individual played in how cocaine came to be ingested by the child – and important in terms of the ultimate welfare outcome.

The proceedings had been underway for nearly twice the 26-week statutory timetable. A delay of 3.5 months until September would be a very significant delay for the younger children, and in respect of the youngest, would mean that she had been in foster care for the entirety of the first year of her life.

Only evidence from lay parties remained. The Court considered that in many cases the existence of a contemporaneous digital fingerprint or other contemporaneous or corroborative documentary or other evidence might affect the importance of the oral evidence. When the court has a host of other sources of evidence against which to measure the veracity or credibility of a party’s evidence the significance of the oral evidence may be reduced. Conversely where other sources of evidence are limited the importance of the oral evidence of the parties assumes a greater prominence and the court’s determination of the parties’ credibility in the round including their demeanour in court as well as their responses to questioning may become crucial.

The use of Zoom had permitted an effective hearing with little glitches throughout the hearing. The vast majority of evidence and submissions had taken place very effectively from the Court’s perspective. The mother and father could give evidence via Zoom. The paternal grandmother would face a considerable struggle in giving evidence by Zoom as she had so far been unable to operate it effectively. The maternal grandmother is unable to participate by Zoom and can only participate by audio.

The Court was satisfied that the remote technology would provide an effective means of the evidence being adduced and tested. The only reservation being that some of the parties have experienced bandwidth difficulties at various time which has required them either to resort to audio only participation or has a required a degree of repetition. This was manageable during the expert evidence, but it could not so easily be addressed were it to occur in the middle of a crucial piece of cross examination.

The technology can be put into place to allow a semi-remote hearing with some parties and their lawyers attending and others remaining on Zoom. Time has been spent to ensure that physical arrangements in court would maintain proper social distancing requirements and that the access to and egress from the court together with the court waiting area could be configured in such a way to comply with government guidance.

The Court balancing the competing rights adjourned the hearing until the end of June to facilitate an in person hearing which will allow all of the parties remaining to give evidence in court. If such a hearing could not be facilitated then the hearing would be adjourned until September.

It is likely that in cases where oral evidence is required from lay parties and the cases cannot be resolved by submissions, the Court is likely to consider a hybrid hearing or an in-person hearing if the Court can accommodate such a hearing safely. Determining whether such hearing can go ahead is ultimately a balancing exercise of the interference of the various article 6 and 8 rights of each of the parties involved and also a consideration of the practical options available.

The current issues for enabling an in-person hearing are:

HMCTS have published an over-arching risk assessment and checklist of factors for courts to apply to enable in person hearings. This can be found here.

The North Eastern Circuit have hosted a question and answer session with the DFJs from York, Sheffield and Newcastle. Cobb J was also in attendance. It was clear from that session that every effort is being made to enable in person hearings to take place as soon as possible whilst maintaining the safety of the court users and staff. Cases will be considered on a case by case basis as to whether they are suitable for an in person or hybrid hearing drawing on the guidance from the reported cases on the issue so far. Cases will only be heard in person if all those attending can be made safe in the court room and in their passage through the court building.

Leeds Crown Court has recently opened to allow some in person criminal hearings to take place. Feedback from users has been positive in relation to the safety measures and systems that are in place. However, such arrangements clearly impact the amount of cases which can be heard, and they will reduce hearing capacity at court to around 20-25%. Reliance will be placed on DDJs and Recorders to help clear the growing back log of delayed cases. To avoid further delay the hearings that can take remotely should and will often not involve evidence from lay parties.

With the rollout of the HMCTS approved CVP platform due to occur gradually in the next few weeks, remote and hybrid hearings are more likely to take place for cases of longer duration and which require evidence to be heard. Each case will have to be considered in turn as to how a fair hearing can occur especially if such hearings involve the evidence of lay parties.

Further guidance on the use of in person hearings and hybrid hearings is expected from the President of the Family Division at the end of this week.