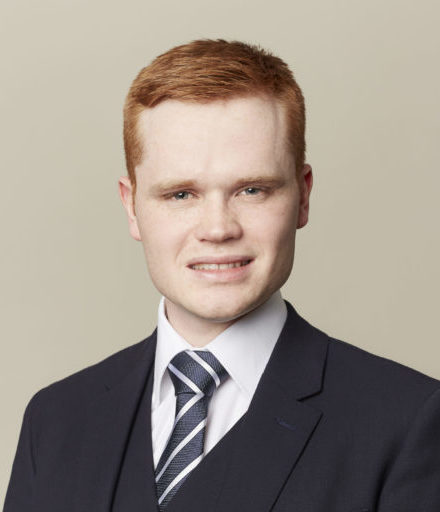 Joseph Bairstow enjoys a mixed and varied civil practice, including matters regarding personal injury, insolvency and winding-up petitions. He is regularly instructed to represent both Claimant and Defendant in applications, Small Claims and MOJ Stage 3 hearings, including matters involving credit hire.

Joseph also accepts instructions to draft pleadings and advices on quantum and/or liability in a broad range of matters, including employer’s liability, occupier’s liability and negligence.

Joseph recently completed a common law pupillage under the supervision of Christopher Moran. During his pupillage, he spent time with Andrew Wilson, an experienced Civil Fraud practitioner.

We are delighted to announce that Joseph Bairstow has successfully completed his pupillage and the Management Board have unanimously approved his tenancy as a member of Park Square Barristers.