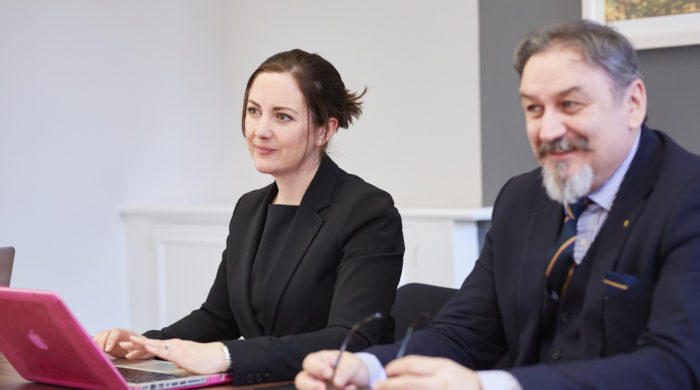 We will prosecute or defend every type of case at every level, from the magistrates’ courts to the Supreme Court.

Park Square Barristers has an outstanding and very large criminal team with Robin Frieze being the head and Kate Batty the deputy. Our barristers offer breadth and depth of expertise across all types of criminal offence, including niche specialisms, and many have national reputations. We provide a full range of advocacy and advisory services, from pre-charge advice through to appeal, enforcement and post-sentencing issues, and can offer guidance from the first hearing to the conclusion of a case.

“Park Square Barristers is the ‘chambers of choice’ for many criminal solicitors within the region, with clients praising the ‘strong range of alternative counsel’ that can be provided where necessary. Head of chambers Richard Wright QC is known for prosecuting some of the circuit’s most high-profile cases, and recently prosecuted in the Huddersfield grooming trials, with Kate Batty acting as his junior. In another stand-out case, Peter Moulson QC defended a restaurant owner charged with gross negligence manslaughter following the death of a patron from an allergic reaction, only the second such prosecution to be undertaken.”

“With over 60 criminal practitioners in its criminal group, Park Square Barristers has solid expertise in prosecuting and defending in high-profile cases of terrorism, murder and multi-handed drugs conspiracies, among other areas. The set also reports a significant uptake in instructions pertaining to historic sexual abuse.” – The Legal 500 (2019)

As a very large set with one of the biggest support teams on the circuit, we offer unrivalled levels of responsiveness and service. We have 5 dedicated crime clerks, so you’ll always be able to speak to someone. We can cover any hearing at short notice. You won’t need to go elsewhere with cases which cross into other specialisms, substitutions, or return of work. And we can make life easier with streamlined bookings and billing.

“The set prosecutes and defends in equal measure in high-profile cases of terrorism, serious sexual offences, murder and multi-handed drugs conspiracies.” – The Legal 500 (2017)

“Park Square Barristers is unparalleled in terms of fraud expertise.” – The Legal 500 (2016)

Size of the team

We offer strength in numbers, from the most senior practitioners to very talented juniors:

33 of our former crime team members have been appointed to the judiciary.

“Particularly highly regarded for crime… regularly instructed to prosecute and defend cases of the utmost gravity and complexity both on and off circuit…”
– The Legal 500 (on our team from Sovereign Chambers), 2015

Our team of criminal barristers, led by Robin Frieze with Kate Batty as deputy, deals with offences from murder and manslaughter to terrorism, serious violence, rape and other sexual offences (including historical), public disorder, dishonesty, large-scale conspiracies, extensive frauds, drugs and technical road traffic issues, plus the more unusual offences dealt with by the specialist prosecuting agencies. We also have specialisms in asset forfeiture, confiscation, cash detention and restraint issues.

“Highly regarded for its experience in cases involving serious sexual offences.”
– The Legal 500 (on our team from No 6), 2015

We are well-known for our work on behalf of many government departments, including HMRC, BIS, NHS Protect and the Environment Agency. We have barristers on panels for CPS Specialist Fraud, POCA, Serious Organised Crime and the Serious Fraud Office. We handle a large number of significant prosecutions, particularly serious frauds (including tax and duty frauds) and especially multi-handed, complex cases. For where there is cross-over, we have also broad experience in regulatory crime.

“Park Square Barristers is ‘an impressive set with a great deal of experience’; its crime team includes four silks, and has 21 Grade 4 CPS prosecutors and 25 members who are on the panel to prosecute rape and other serious sexual offences. Members deal with the full gamut of offences, ranging from fraud and terrorism to murder and drugs importation cases. In 2014, Craig Hassall prosecuted six members of a family in a case concerning industrial-scale immigration fraud.” – The Legal 500 (2015)

We pride ourselves on our approachability, informality and responsiveness. Our barristers also have well-deserved reputations for sensitivity to the needs of both professional and lay clients, including the youngest and most vulnerable members of society.

Our barristers work in Leeds and Bradford, with a strong presence in Hull, Grimsby and York and some work in Sheffield, Teesside, and Newcastle. We increasingly work off-circuit.

Our criminal team offers an excellent series of lectures and other guidance on diverse aspects of criminal law and practice, including recent changes to legislation. We will provide tailored training on any issue of assistance to solicitors’ firms and prosecuting authorities. 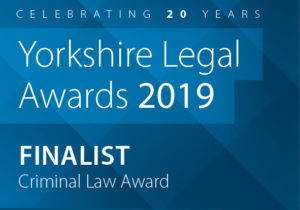