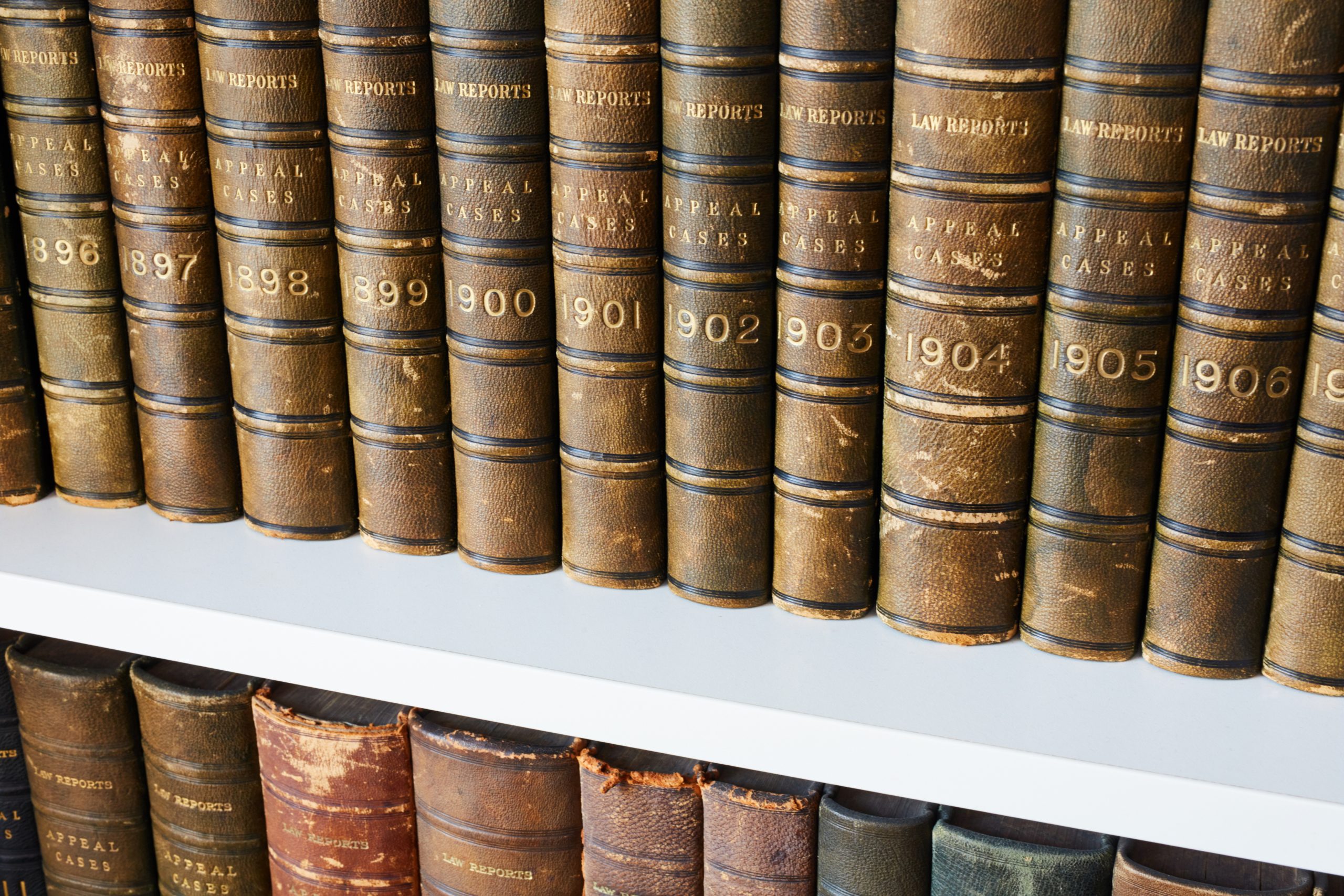 Inquest touching the death of GW (2020) Tom Gent,Kate Wilson, Giles Grant and Naomi McLoughlin all appeared to represent interested persons at a recent inquest into the death of a boatman who was working at the site of the Flood Alleviation Scheme on the River Aire in October 2017. Full Article

AC Ltd v Care Quality Commission (2020) Anna Wilkinson appeared on behalf of CQC in a 5 day first tier tribunal case responding to an appeal by a home for people with learning disabilities to vary a condition of their registration to increase from 19-24 people. Full Article

Inquest touching the death of RH (2020) Tom Gent represented the care home in the case which involved the death of a 77-year-old lady who had died at a home in Manchester in October 2018, having stopped breathing whilst not being observed in her bed. Full Article

Inquest touching the death of KH (2020) Simon Connolly represented a Local Authority in connection with the death of an elderly, vulnerable person. The Authority faced assertions of delay and mismanagement of the deceased’s assessment and needs in accordance with statutory duties arising under the Care Act 2014. Full Article

HSE -v- Young’s Seafood (2020) Tom Gent is instructed to prosecute the company which had a turnover of almost £550 million for year ending 2018.The allegation is that the Company has committed an offence contrary to section 2(1) of the Health and Safety at Work Act 1974.  Tom Gent prosecutes the case, which arises out of an incident in which an employee was seriously injured whilst operating a food mixing machine.  The trial is due to commence on 5th October 2020.

HSE -V- FSM Ltd (2020) Tom Gent  represented a £6 million turnover quarry business that had been prosecuted for breach of the Electricity at Work Regulations 1989 and a breach of the Reporting of Injuries, Diseases and Dangerous Occurrences Regulations (RIDDOR) 1995. Full Article

R-V- Abbey Architectural Ironmongery Company Ltd. (2019) Tom Gent Defending. Fatality involving a fall from height at a warehouse. Principal defendants charged with corporate and gross negligence manslaughter.  Successful submission of no case relating to the interpretation of the Construction (Design and Management) Regulations 2015, after 5 weeks of prosecution evidence, resulted in a not guilty verdict.

FSA -v- Bowland Foods Ltd (2019) Howard Shaw prosecuted the company operating a meat cutting plant for failure to remove vertebral column specified risk material from cattle. The Company appealed against the sentence to the Crown Court whereupon the fine was significantly increased to £60,000 and further costs in excess of £2,300 arising from the appeal were awarded against the Company. Full Article

Inquest touching the death of Cherylee Shennan (2019)Janine Wolstenholme appeared on behalf of the probation service. Cherylee, aged 40 suffered a brutal attack by Paul O’Hara at her home in Lancashire in the presence of two police officers. O’Hara had been released from prison in April 2012 on life licence after the killing of a previous partner. Full Article

HSE -V- Marc Murrie (2019) Anna Wilkinson Marc Murrie was sentenced to 12 months imprisonment at Sheffield Crown Court for carrying out gas work when not registered to do so. Full Article

FSA -V- Dunbia (Preston) Ltd (2019)Howard Shaw  successfully prosecuted Dunbia (Preston) Limited, the operator of a slaughterhouse at Preston, resulting in the highest ever fine being imposed by a court in a case brought by the Food Standards Agency.

HSE -V- Michael Mudd Ltd (2019) Craig Hassall QC defended in this cases where a worker fell through the roof of a farm building onto a concrete floor. Full Article

HSE -V- Sig Trading Ltd (2019) Craig Hassall QC The company  had been using an electrically-powered folding machine to bend metal, when the worker’s hand became trapped between the jaws of the machine.The crush injuries sustained during the incident resulted in life changing injuries with the worker requiring partial amputation of four fingers on his left, dominant hand. Full Article

Richard Wright Q.C. leading Howard Shaw (April 2018) respond to an Appeal against Conviction of a Slaughterhouse for an Offence under the TSE (England) Regulations involving EU law and it’s interplay with the Transmissible Spongiform Encephalopathies sampling regime in slaughterhouses.  Full Article

HSE -V- Cumbria Design Scaffolding Ltd & Larkin Engineering Services Ltd – (Ongoing) – Craig Hassall QC Prosecutes two companies  after an employee of one company was fatally injured when the other company was contracted to lift a large piece of metalwork.

North Yorkshire Trading Standards v B & M Retail Ltd (January 2018) Craig Hassall QC acts for the prosecution against Robert Stevenson in the first case involving the risk of fire and explosion of the battery packs on hover boards / glide boards. The defendant is charged with offences under the Supply of Machinery (Safety) Regulations 2008.

HSE -v- W E Rawson – (July 2017) Craig Hassall QC prosecuting. Section 2 HSWA 74 arising from a fatal incident in which an employee was dragged into a packaging machine and crushed.

EA v A & others (ongoing) Simon Clegg is prosecution junior in one of the largest and most complex prosecution brought by the Environment Agency in Yorkshire. With 10 defendants and multiple experts encompassing a plethora of disciplines, the case has involved allegations of abuse of process, the lawfulness of surveillance evidence, the lawfulness of searches, restraint proceedings and a significant disclosure exercise.

HSE -V- Altak Ltd (June 2017) Tom Gent Defending. Charged with S.3(1) when a bolt flew from a ramp mechanism that killed an employee.

R v Steven Riley & others (March 2017) Howard Shaw Prosecuted on behalf of DEFRA. Causing unnecessary cruelty to a bovine animal awaiting slaughter. Cases stated appeal by defence. Case significant to the CPS as it confirmed the CPS as the “prosecutor” for the time limitation provisions of animal welfare legislation. The judgement also addressed the liability of partners in such cases.

City of York Council -v- Joseph Rowntree Housing Trust (March 2017) Tom Gent prosecuted on behalf of York City Council York Crown Court found that the residential care home was guilty of not having a suitable and sufficient risk assessment in place and that as a result of climbing out of a second floor window on 1 November 2011, a resident sustained injuries which later contributed to her death. Press Coverage

Craven District Council –v- David Eckersall (January 2017) Ben Thomas was instructed by Craven District Council in the successful prosecution of David Eckersall for the demolition of a listed building without consent in Thornton in Craven. The Defendant had taken the decision to demolish Nuttercote Farm, which he had recently purchased, when his neighbours were away. As well as destroying Nuttercote Farm the demolition work caused considerable damage to the neighbouring property. The case involved consideration of the rules pertaining to listed buildings and the consents to make alterations to these buildings.   Press Coverage

This Landmark prosecution which resulted from a contrived collision with a bus involved 21 defendants which necessitated that there be 3 separate trials.

The total sentence for the group was some 29 years and 4 months and the Insurer saw its 20 potential claims disappear.

HSE v East Riding of Yorkshire Council (November 2016) Craig Hassall QC acted for the defendant local authority in this HSE prosecution following a fall from height by one of its employees resulting in spinal injury.   Press Coverage

Chief Constable of Humberside Police v Benjamin Lumby (October 2016) Phillipa Hildyard acted for the Chief Constable in this appeal. One of the first examples of a SHPO being imposed where the defendant does not have any previous convictions for sexual offences.

Inquest touching the death of Richard Brown (September 2016) Representing Howdens Joinery Ltd. at the inquest into the death of a delivery driver who was killed when a stack of worktops fell on him from a forklift truck during an unloading procedure.  The inquest took place in front of a jury over the course of a week and the Health & Safety systems of the company were examined in considerable detail. Tom Gentprotected the interests of the company.   Press Coverage

HSE v Tracey Gilboy (July 2016) Craig Hassall QC prosecuted and Tom Gent defended in a case involving a fatality at a care home. An adult with special needs was given a cough sweet which caused the patient to choke. A charge of gross negligence manslaughter was not pursued following the discovery of a rare syndrome within the patient. Regulatory offences were therefore pursued.

HSE v Pauls Malt Ltd T/A Boormalt (July 2016) Andrew Wilson represented a European company with a U.K turnover of £129m (and so outside of the top bracket of the sentencing guidelines).A guilty plea was entered to an offence contrary to section 33 Health and Safety at Work Act 1974 act by breaching its duties under s 3(1) of the Act.

R v Wild & Holly (June 2016) Acting on behalf of City of York Trading Standards Glenn Parsons prosecuted the defendants who set up a fraudulent company that sold worthless wills & powers of attorney to the elderly. 4 week trial resulting in in conviction of Fraud and consumer law offences.

Inquest into the death of Lyndon Perks (Representing ICTS (UK) Ltd (May 2016) Tom Gent Represented ICTS (UK) Ltd, the employers of the deceased, protecting their interests in anticipation of a prosecution by the HSE. Worker at Immingham Dock hit by LGV – knocked to the ground overrun by the vehicle sustaining fatal injuries. Inquest touched on the health and safety procedures of the various Companies involved in the receiving of shipments at the docks.

Inquest into the death of “S” (April 2016) a middle aged mentally ill female who had amphetamine in her system restrained in a Sikh temple after assaulting an elderly female outside. Restraint asphyxia by member of the public untrained in restraint techniques. CCTV and mobile phone footage of the incident recorded. Lorraine Harris protected the interests of the member of the public who restrained the deceased.

Inquest into the death of “B” (April 2016) Lorraine Harris Represented the interests of the driver of a school bus involved in a collision that resulted in the death of 33 year old cyclist who was a teacher at the school and had been teaching some of the children on the bus shortly before the accident. “B” travelling on a pathway cycle lane did not give way to bus turning left and was crushed beneath the wheel. Layout of crossings and signalling addressed.