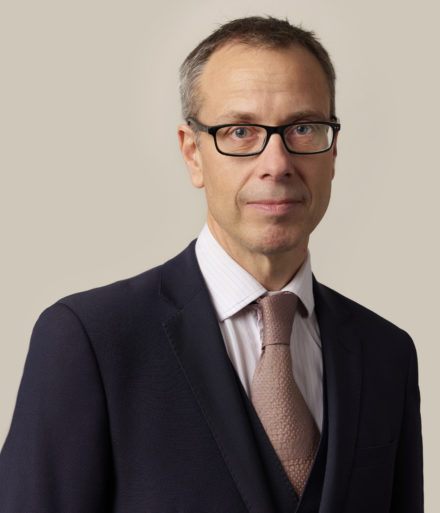 Michael is a RASSO-accredited Grade 4 Crown Prosecutor who regularly deals with large and evidentially complex cases involving fraud, drug supply, sex and homicide. There is currently no equivalent bench mark in defence work; if there was he would inevitably have the same standing for work of that kind. He defends and prosecutes cases in equal measure, which provides an insight often lacked by acting solely for one side. As a former duty solicitor, he understands how a criminal case proceeds from the first police interview to a trial by jury.

Michael’s practical approach and open, friendly manner mean he is asked for again and again by people he has represented. As a former partner in a large firm of solicitors specializing in publicly funded work, he understands the pressures on the profession in the current climate and can work effectively with our partners to achieve the best possible results.

Michael regularly represents clients with mental-health issues and has been approved by the courts to provide representation to those adjudged to be unfit to stand trial.

He was a solicitor for 10 years before transferring to the Bar and was a member of the Law Society panel accredited to provide representation to people detained under the Mental Health Act.

Michael has had an interest in Care Proceedings since first qualifying as a solicitor. Having spent a number of years involved in heavy end criminal work he has refocused his practice in order ensure he does more than just “keep his hand in” in respect of family cases.

He regularly represents the parents in proceedings which involve children being taken into care. His client rapport, ability to communicate with fellow lawyers and professional witnesses make him a popular choice of counsel. He is available to represent parents, the Guardian and interested parties in these proceedings.

Michael has undertaken a number of courses in order to fairly and effectively cross examine vulnerable witnesses in criminal proceedings under the new s28 procedure in certain pilot Crown Courts. This has been of enormous benefit in terms of the cross over between the two disciplines and being able to better accomplish an effective cross examination either directly with the witness or via an intermediary where the witness’s ability to communicate needs that additional input. It means he has been able to adapt to the changing landscape of advocacy as the Courts begin to adapt to ensure all witnesses are treated appropriately.

Michael has been able to bring his skills from Criminal practice into this area and regularly defends individuals and companies facing prosecution by Trading Standards, the Environment Agency and other regulatory bodies

He was a solicitor for 10 years before transferring to the Bar.