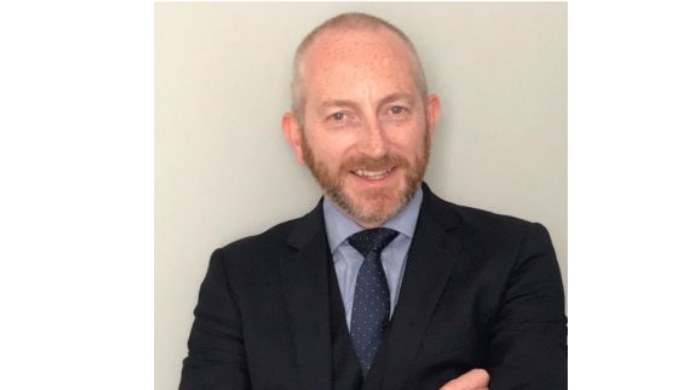 The application for judicial review

The Claimant (mother of the Deceased) applied to judicially review the Coroner’s decision and record of inquest on five grounds, namely:-

The facts (in brief)

In March 2017, the Deceased (27 years old) presented to her GP with symptoms of urinary tract infection (UTI) and paranoid delusion. Following a collapse, she was reviewed in the emergency department where a medical cause was excluded following review. The Deceased was referred to mental health liaison.

The Deceased was seen in the community where possible hospital admission (in the event of further deterioration) was discussed and urgent consultant review was requested. The Deceased acknowledged suicidal ideation but denied specific plans.

Whilst the Deceased was managed in the community, she had not been reviewed by a consultant at two-weeks post the original indication due to a lack of medical cover – holidays and sickness. Risperidone was increased  and a psychiatric review was arranged for 18 April 2017.

On 17 April 2017 the Deceased was admitted following an overdose of co-codamol where she was scored at the “top end of medium” on a suicide intent scale. The on-call psychiatrist advised discharge with increased risperidone and follow-up by the CMHT.

The Deceased continued to exhibit physical and psychotic symptoms consistent with her condition. She was seen by a consultant psychiatrist for the first and only time on 25 April 2017.

Sadly, the Deceased hanged herself on 28 April 2017 and died on 2 May 2017. The death was reported to the Coroner who determined that Article 2 applied and that expert input was required as regards the Deceased’s psychiatric management.

Following his review of the available documentary evidence, the Coroner’s  expert was critical of the Health Board for the lack of availability or access to a consultant psychiatrist and delay and inadequacy (sub-therapeutic) in the Deceased’s medication management.

In his written report, the Coroner’s expert went so far as to conclude that, on the balance of probabilities, the case demonstrated a failure of basic medical care such that the Deceased’s death was not only predictable but entirely preventable.

The Health Board had also undertaken a Serious Incident Review which identified inadequate medical cover for home treatment patients as a root cause of the Deceased’s death. Care and service delivery problems consistent with the expert’s criticisms were also identified.

At a Pre-Inquest Review Hearing (PIRH) in April 2019, the Health Board confirmed that the Coroner’s expert’s criticisms were accepted and had been remedied and that consequently, neither the expert nor the relevant factual witnesses were required to be called.

Seemingly unpersuaded by the Health Board’s efforts to limit, at least, the disputed central issue(s) at the heart of the case, the Coroner called the expert and the relevant factual witnesses involved in the Deceased’s care.

In evidence and whilst maintaining his critical views, the expert was more forgiving of the treating clinicians than he had been in writing by his clarification that the criticisms were directed more towards the Board as systemic failures, rather than as individual errors.

The Coroner led the forensic charge in challenging the expert’s opinion that the death was predictable and preventable by earlier and more robust intervention by distinguishing a treatable condition from one that might be curable.

The expert defended his position by reliance on statistical evidence to demonstrate a highly favourable five-year mortality rate in respect of patients diagnosed with (first-time) psychosis without other relevant risk factors.

In response to a challenge about the significance of the Deceased’s review by the consultant psychiatrist three days before her final act, the expert essentially cited the earlier missed opportunities to instigate the psychiatrist’s management plan in justification of his opinion.

Perhaps tellingly, the factual witnesses gave evidence after the expert. They justified their management of the Deceased as typical with the consultant psychiatrist stating that his final management decisions were influenced by the Deceased’s progress to that point.

As is not uncommon in complex Article 2 inquests, the Coroner returned her factual findings, reasons and her narrative conclusion in writing and delivered them orally before she completed and delivered the Record of Inquest.

In accordance with well-established caselaw and despite the applicability of Article 2, the Coroner returned a short, factual, non-judgmental narrative reflecting the factual chronology of the Deceased’s management.

Inevitably influenced by the Coroner’s apparent forensic volte-face from the expert’s criticisms, the Claimant launched her challenge. In reliance upon now relatively well-worn caselaw, the Claimant’s arguments were given relatively short shrift.

The Claimant’s arguments as to the threshold and standard of proof for causation of death were rejected as unfair and cherry-picked examples when read against the context of the Coroner’s overall findings.

In acknowledging the Coroner’s references to Chidlow[3], the court found that the Coroner had had regard to relevant legal principle in rejecting the expert’s reliance on generic statistical evidence in support of his opinion that the death was preventable.

Importantly, the court drew a distinction between the application of the Chidlow statistical principle on a Galbraith Plus argument and as applied by this Coroner properly seized of that question when considering the evidence as a whole in respect of her factual findings.

The court rejected the Claimant’s argument as to irrationality on the Coroner’s part in rejecting her own expert’s evidence, supported as it was by the Health Board’s Serious Incident Review conclusions and also the indication given at the PIRH.

In so doing, the court stated that the Coroner was not bound to accept the expert’s evidence but that she was required to and did consider that evidence within the context of the evidence overall, some of which undermined certain of the expert’s assumptions.

The Article 2 challenge was founded upon criticism of the Coroner’s decision not to include judgmental or critical findings within her narrative; an argument which was contingent on the success of the Claimant’s preceding argument as to irrationality of decision making.

In advancing this argument, the Claimant clarified her position and produced an example of the relief sought by the application, namely revised Box 3 and heavily re-worded and strongly critical Box 4 findings.

Simon is the Head of our Healthcare Regulatory Team and has practised in the field of healthcare regulatory law for over a decade his practice is rooted in his extensive medical knowledge, his in-depth understanding of the social and political realities of the practice of medicine in all of its guises and also the legal structures in and under which practitioners and providers operate.