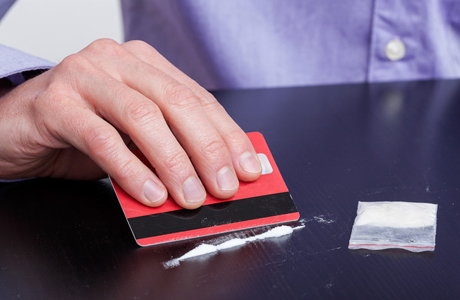 For many years, there has been a prescribed limit to the amount of alcohol one may have in one’s system when driving, but there has been no parallel legislation or specified limit in relation to drug-driving, prescribed or otherwise.

People suspected of driving/attempting to drive or being in charge of a vehicle whilst under the influence of drugs have been prosecuted under s.4 Road Traffic Act 1988, requiring evidence of impairment due to taking drugs. That evidence came in the form of a police officer’s field-impairment tests, as well as the results of blood analysis and opinions as to the level of drug required in the system before it would influence driving.

On 2 March 2015, specified limits for a variety drugs will be introduced: Section 56 of the Crime and Courts Act 2013 ushers in new measures to be inserted into the Road Traffic Act 1988. It is anticipated that the majority of cases where drugs are suspected to be influencing a driver will now be charged under the new offence: driving or being in charge of a motor vehicle with the concentration of a specified controlled drug above the specified limit.

The offence under s.4 Road Traffic Act 1988 does not change; the new statutory provisions are in addition to this offence. They are very similar to those where a driver is suspected to be under the influence of alcohol.

Section 5A: Driving or being in charge of a motor vehicle with concentration of specified controlled drug above specified limit

It is understood that these can test for around 8 of the drugs specified in the amended legislation. They test either the saliva or sweat of the suspect. There would appear to be nothing preventing officers from conducting a field impairment test or a drug-influence recognition test where a screening device is unavailable.

Evidential testing at the police station

If the roadside test, whichever form it takes, is positive, the officers may arrest the suspect and take him/her to a police station for an evidential test to be conducted. The evidential test takes the form of a blood test (urine is considered too inaccurate for drug testing). The blood sample, as in alcohol cases, is then sent to a laboratory for analysis. The resulting analysis provides the evidence in relation to whether or not the suspect is over the specified limit.

The specified limits for drugs can be found in the Drug Driving (Specified Limits) (England and Wales) Regs 2014. These can be divided into 2 broad categories, the first including those drugs which are generally illegal and often open to abuse. These include:

The limit for these drugs has been set very low: just a small amount of the drug in the blood will result in the user being over the limit.

The second category of drugs is common prescription drugs that can be open to abuse. These include:

The specified limit for this category of drugs is set higher than the category for illegal drugs, taking into consideration normal prescription use of these drugs.

Under Section 5A (3) there are 2 defences to drug-driving. The first is termed a ‘medical defence’; for the medical defence to be relied upon, the defendant must satisfy 3 criteria:

It is for the defendant to raise the defence and then for the prosecution to prove beyond reasonable doubt that it does not apply (S.5A (5)). The medical defence can be raised for any of the drugs listed in the regulations, as long as they were prescribed or over-the-counter medicines. The defence is not available if the defendant’s actions were contrary to the advice of the person prescribing the drug in relation to the amount of time that should have elapsed between taking the medication and driving, or if it is contrary to the accompanying instructions (S.5A(4)).

The second defence is only available for offences under S.5A(1)(b); that is, being in charge of a motor vehicle. The defence again mirrors that of the legislation in relation to alcohol, in that – at the time of the alleged offence – there was no likelihood of the defendant driving whilst he was over the specified limit (S.5A(6)).

It will be interesting to see the development of the new provisions. It is assumed that the requirement for the strict statutory regime to be followed will carry the same weight as in alcohol cases, and any erring in the procedure would lead to evidence obtained after the error becoming inadmissible.

The offence under S.3A (1) (ba) Road Traffic Act 1998 – causing death by careless driving whilst under the influence of drink or drugs – has also been amended to include the new specified limits.

The prosecution of offenders for driving whilst under the influence of drugs should, as a result of this legislation, be clearer, with defined limits which – if exceeded – lead to conviction. The need for field-impairment evidence, and postulating about levels of drugs in blood and their potential effect, should drop to those few remaining cases which would still be charged under s.4 Road Traffic Act 1988.

Andrea appears for the prosecution or defence in a wide variety of cases, including drugs offences. See Andrea’s profile.