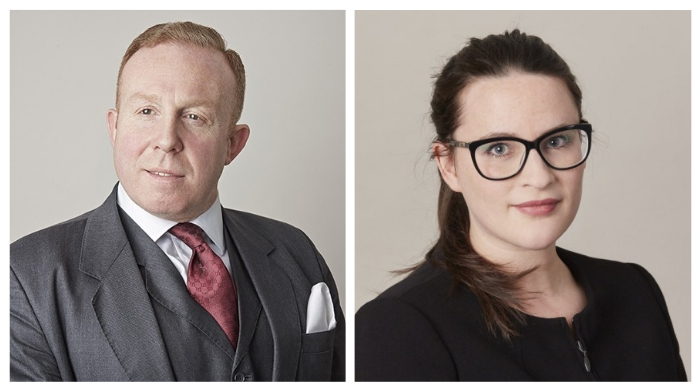 This week, PSQB saw the culmination of a long-running case in which a blatant fraudster sought to defraud a supermarket’s public liability insurer that the insurer rightly viewed as a criminal act. Matthew Smith successfully defended the original civil trial. Matthew and Camilla Buck, (both of PSQB’s nationally-renowned private prosecution team) then assisted Clyde and Co and the insurer to successfully bring a private prosecution against her.

In 2015 Farida Ashraf walked into the Al-Halal supermarket in Bradford with two accomplices who surreptitiously moved a large pallet of orange juice cartons into the aisle. She purported to stumble over the same. Cleverly (or so she thought) Miss Ashraf delayed sending a letter of claim to the supermarket for 8 months and then claimed for injuries and consequential losses which could have cost Aviva, the insurer involved, almost £60,000. Unfortunately for her, an eagle-eyed employee had not only spotted the incident on CCTV but had carefully retained the footage “just in case”. She brought a civil claim (and persisted with it even in the face of the CCTV evidence) and Matthew Smith successfully defended it in 2017.

However Aviva, no doubt wishing to protect its policyholders from such blatant attempts at fraud, did not wish Miss Ashraf to walk away from the criminal consequences of its actions. The police and CPS refused to take further action and Matthew Smith and Camilla Buck (who was prosecution junior on the first ever motor insurance fraud private prosecution fraud in 2016) and Clyde and Co solicitors (who had also acted in the original civil trial) were part of the prosecution team that brought a private prosecution in the criminal courts.

The sentencing Judge, HHJ David Hatton QC, gave Mrs Ashraf, who studied law at Bradford College, a suspended sentence of 21 months.  She will also be electronically tagged and placed under a curfew.

Praising the insurer, Aviva, for pursuing the case, the Judge said:

‘Fraudulent insurance claims are rife currently – certainly in this city.  There has to be a deterrent in the form of a sentence of imprisonment.  Employees of the supermarket were caused stress and anxiety as a finger was pointed at them for having been negligent when they clearly were not.’

He also significantly added “This is a case properly and responsibly brought by the insurance company and one that should have been brought by CPS but that is water under the bridge”   before awarding Aviva its costs out of central funds.

This is another significant step in judicial approval of insurance companies’ understandable wish for such actions to be dealt with in the criminal and not just civil courts.

Park Square Barristers private prosecution team have members experienced in both the criminal and civil courts and can use their expertise in both to advise insurers and solicitors on which cases are suitable for such further action and the procedural processes necessary to facilitate them.