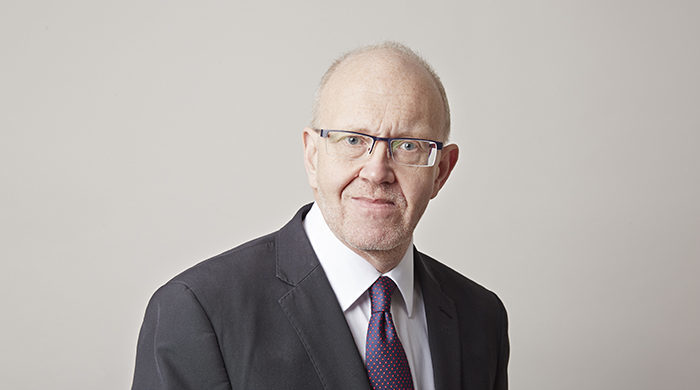 It is increasingly common for parties who are involved in claims against estates under the Inheritance (Provision for Family & Dependants) Act 1975 to enter into a “standstill agreement” to remove the need to issue proceedings within 6 months of the grant of representation as required by Section 4 of the Act. Conventionally, his means that the putative defendant agrees that in consideration of ongoing settlement negotiations he will not subsequently oppose an application to the Court by the putative claimant for permission to bring the claim outside the 6-month time limit. Such a course would seem to fulfil the increasing desire of the Courts to persuade parties to such disputes to make the utmost effort to resolve matters by way of compromise, thereby minimising the costs to themselves and their use of court resources.

It has always been necessary to exercise caution with such agreements, not least because the Court loses jurisdiction to “claw back” a share of jointly held property which has passed by survivorship (under Section 9 of the Act) once the 6-month time limit has expired, even if permission to bring the claim out of time is subsequently granted by the Court.  Furthermore, like many practitioners, I have always taken care to warn clients proposing to enter into such “standstill agreements” that, strictly, it does not lie in the hands of the parties to agree a time extension under Section 4. Unlike most limitation periods prescribed by the Limitation Act 1980, which merely act as defences to claims (so that the prospective defendant can contractually agree not to take such a defence), the time limit prescribed by Section 4 of the 1975 Act is jurisdictional and requires the Court to grant permission. Ultimately, only the Court can grant such permission to bring a claim out of time, even if the Defendant does not object.  That being said, the conventional view of most lawyers has hitherto been that it would be most unusual for a Judge to refuse to grant a time extension if the Defendant had agreed not to oppose and was not actively opposing an application for permission when proceedings were issued.

This widely-held view has now been cast into serious doubt (possibly with retrospective effect) by the decision of Mostyn J in Cowan v Foreman [2019] EWHC 349 (Fam). Although only a first-instance decision, the Judge delivered a withering criticism of parties entering into such agreements, suggesting that they amounted to attempts to usurp the power of the Courts and Parliament:

I was told that to agree a stand-still agreement of this nature is “common practice”. If it is indeed common practice, then I suggest that it is a practice that should come to an immediate end. It is not for the parties to give away time that belongs to the court. If the parties want to agree a moratorium for the purposes of negotiations, then the claim should be issued in time and then the court invited to stay the proceedings while the negotiations are pursued. Otherwise it is, as I remarked in argument, simply to cock a snook at the clear Parliamentary intention. (Para 34)

The reasoning behind the Judge’s comments can be found in paragraph 4 of his judgment, where he highlighted potential issues where such claims are delayed. These include avoidance of unnecessary delays in administering estates, problems which might arise if distribution has occurred before the claim is brought, avoidance of unnecessary stress to the parties and the need to prevent the Courts being burdened with stale claims.  It can, of course, be said that it is difficult to see how these can be problematic in a case where all [parties have been aware of the proposed claim from the outset and those in charge of administering the estate have agreed to an extension in order to promote the laudable aim of attempting to reach a compromise (a process likely to be much less stressful than contested litigation).

In comments relating more generally to the issue of the grant of permission to apply out of time, the Judge went on to suggest that in the absence of “exceptional factors” the limit of excusable delay should be measured in weeks or, at most a few months (para 38). He commented that a “robust application” of the extension power in Section  would be consistent with several requirements of the Overriding Objective and the “sanctions jurisprudence” exemplified by Denton & Others v T H White & Others [2014] 1 WLR 3926.

This decision must send clear alarm bells to parties involved in 1975 Act disputes. It is clear that, unless it is reversed at a higher level it will be important in future for solicitors to ensure that such a claim is always brought within the 6-month time limit. This may cause problems – the time limit is short and often legal advisers are hampered by the need to gather as much evidence as possible before issuing – particularly important in a Part 8 claim where witness statement(s) in support must be filed with the Claim Form.

It remains to be seen whether this decision will be followed by other judges, and how the Courts will react to applications for permission in cases where a “standstill agreement” was entered into and relied upon before 25 February 2019.  Clearly, solicitors dealing with Inheritance Act cases should urgently review their files, and if there are cases where the 6-month limitation period has already expired in reliance upon a “standstill agreement” then they would be wise to issue proceedings immediately, coupled with an Application for a stay as suggested by Mostyn J (which would need to be supported by evidence of how the delay is likely to assist in achieving a negotiated settlement and preferably consented to by the defendant). Such a course will inevitably come at an unwelcome cost – which does rather seem to go against the current litigation culture of encouraging parties to settle their disputes without incurring unnecessary expenditure or taking up Court time.

Finally, this decision also contains two other matters of note in relation to claims under the 1975 Act.

Firstly, the Judge appeared to approve the proposition (agreed by the parties) that where an application is made for permission to apply out of time under Section 4 of the 1975 Act then the test to be applied is essentially the same as that required when seeking summary judgment under Part 24.2 of the Civil Procedure Rules. In other words, the burden lies upon the applicant for permission to show that he/she has a “real prospect” of succeeding substantively (para 20).

Secondly, Mostyn J downplayed an argument by the claimant that a widow is entitled to “security” in relation to her future provision – commenting that it was tantamount to saying that a widow has an entitlement to outright testamentary provision from her husband – thus introducing a form of “forced heirship” which is unknown to English Law (para 21).