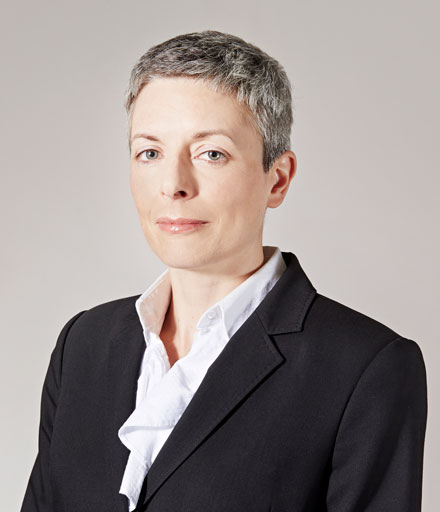 Liability of the MIB for Insolvent Insurers

Caroline Wood considers the recent Court of Appeal decision concerning the liability of the MIB where an insurer has become insolvent.

The Court of Appeal has clarified in Wigley- Foster v Natasha Wilson (1) and the MIB (2) [2016] EWCA Civ 454 that a claimant has a right to claim against the MIB, pursuant to the Fourth Motor Insurance Directive, where a reasoned reply has not been received from the motor insurer or the motor insurers representative within 3 months of notification and the insurer becomes insolvent.

The claim concerned a road traffic accident occurring in Greece. The claimant, who was aged 16 at the time,  was a passenger in a hire car driven by the first defendant who had consumed excess alcohol. The car was in a head on collision with a taxi causing the claimant serious physical and psychiatric injuries.

The hire car was insured by Commercial Value Ins. Co. SA (the Greek insurer), a large motor insurance company incorporated in Greece. In accordance with the Fourth Motor Insurance Directive, the Greek insurer had appointed a claims representative in the UK.

The accident occurred in August 2008. On or about 27 May 2009 the claimant made a claim for compensation against the Greek insurer to its UK claims representative. In default of the requirements of the Fourth Motor Insurance Directive, no reply, reasoned or otherwise, was received from the claims representative within the period of three months after the claim was made.

The Court of Appeal held that it could not be in doubt that, because the Greek insurer’s claims representative had not provided a reasoned reply to the claim within three months, the claimant was entitled to notify a claim for compensation to the MIB from the beginning of September 2009 and that the MIB was obliged to respond to the claim within two months of receiving it.

The Greek insurer’s insolvency arose in February 2010. No claim was in fact made against the MIB until October 2010 and it was the MIB’s submission that, as a result of the intervening insolvency of the Greek insurer, the claimant’s accrued right to notify and make a claim against it had by then ceased to exist.

The liability of the MIB was determined as a preliminary issue. The claimant’s claim failed in the High Court but the Court of Appeal allowed the appeal for the following reasons: –

First, it appears clear from the Fourth Directive as a whole that the time at which an undertaking must have official authorisation is the time of the accident giving rise to the claim. Article 1(1), already quoted, states the objective of the Directive as laying down special provisions for claims resulting from accidents “which are caused by the use of vehicles insured and normally based in a Member State”. Likewise, article 1(2) states that articles 4 and 6 apply only in the case of accidents “caused by the use of a vehicle (a) insured through an establishment in a member state …” These provisions are looking, as one would expect, to the time of the accident. Article 5(3) and (4) requires member states to ensure that an injured party is entitled for a period of seven years after the accident to obtain information concerning the name and address of the insurance undertaking. There is no rational basis for concluding that this obligation would cease if during that period of seven years the relevant insurance undertaking ceased to be authorised.

Secondly, the submissions presuppose that claims against insurers which are in an insolvency process will not be addressed or paid either in part or in full. This is a false assumption. Some insurers may be in an insolvency process in order to protect the assets for an orderly run-off of its book of business. In cases where it is not anticipated that claims will be met in full, it by no means follows that they will not be met in part or that those responsible for the administration of the insurance business, whether they are liquidators, administrators or agents appointed to conduct the run-off, will not deal with claims as and when they are made. Assuming that there are assets available for distribution, even if to a limited extent, it will be the duty of the relevant persons and it will be in the interests of creditors generally for all claims to be properly addressed.

Thirdly, these considerations are all the more powerful if, as the MIB ultimately submitted, the critical issue is whether the undertaking has ceased to be authorised. Insurers may cease to be authorised to carry on new business without becoming insolvent or going into an insolvency process. For their own business reasons, an insurer may cease to be authorised and simply run-off its business. It would be very odd indeed if that were to have the effect of terminating the rights of injured parties under article 6 of the Fourth Directive.

Fourthly, there remains the fundamental point that the MIB’s submissions require reading into the Fourth Directive a substantial qualification which is nowhere expressed and which is unnecessary to enable the Directive to function in accordance with its purpose and terms.

Caroline Wood is instructed in claims involving road traffic accidents abroad and advised in respect of a road traffic accident occurring in Greece involving the same insolvent insurer. The claim was directed to the MIB which settled the claim following service of court proceedings and did not take the insolvency point. This decision provides welcome clarification about the scope of the Fourth Motor Insurers Directive.