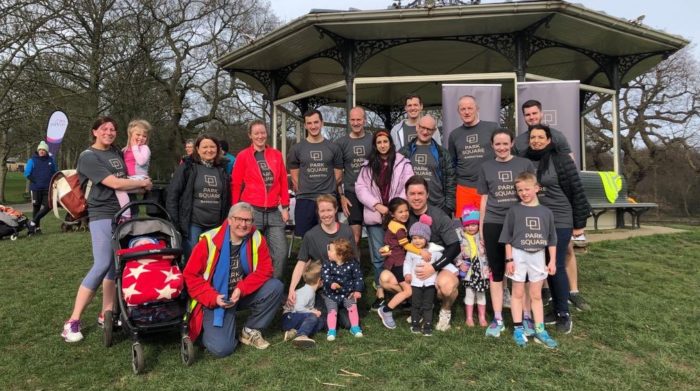 More than 30 barristers turned out in the spring sun on Saturday morning to take part or to support the 436 runners in the Roundhay Park Parkrun.

PSQB sponsored the event as part of its Wellbeing programme.

PSQB provided the Marshalls, the timekeepers, the pacers and an enthusiastic bunch of runners and supporters, as well as an array of impressive home baked cakes to reward those who regularly turn out for the free, fully inclusive, timed running event that takes place each Saturday at 9am.

Park Square Barristers is the first non-running club to be allowed to take over the responsibilities and it proved a great success.

The PSQB T-shirts were seen all over the park cheering on and encouraging the mass participation event. All topped off with fine cake and smiling faces in the sunshine at the finish, as the runners, walkers, young and old finished their 5K loop of the park.

PSQB has recognised the need to support its barristers and staff with events such as this as part of a wider wellbeing initiative.

The Parkrun is just one example of these initiatives – further events are planned throughout the year.