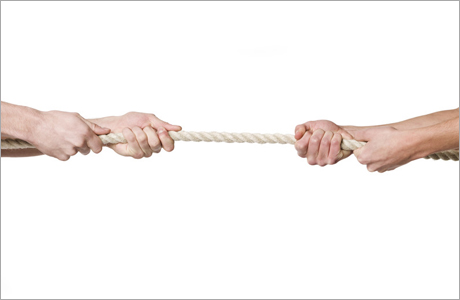 Especially when it comes to contact disputes, most family law practitioners encounter the concepts of “implacable hostility” and even “parent alienation syndrome” at some stage, usually more than once during their careers. I recently became involved in the later stages of such a case.

There were unresolved allegations by the mother (M) of domestic violence having been carried out by the father (F) over a substantial period and causing, among other things, the parties’ son to be fearful of him (unsubstantiated). The court had refused to have a fact-finding hearing. The evidence suggested that when contact (supervised either by relations or professionals) took place, F’s behaviour was appropriate and the child enjoyed such occasions.

Over a period of some 3 years, M sabotaged F’s contact aspirations with promises to co-operate (including written arrangements) that M did not honour. She told the boy that F did not care about him. She told the court that the boy was undergoing medical treatment for nightmares caused by F. As a litigant in person, M frequently failed to attend court hearings, either ignoring them or e-mailing at the last minute with medical excuses never substantiated by the medical evidence directed by the court.

Cafcass initially recommended that direct contact should be reinstated and developed. F was invariably punctual and polite, but became increasingly disillusioned with the apparently toothless court system. Having reported that the only obstruction to positive contact was M’s behaviour and attitude, the Cafcass officer eventually seemed to concede defeat and recommended indirect contact only, in the face of M’s staunch opposition to F having any role in the child’s life. M, meanwhile, sought to change the child’s surname and withhold all details about the child, notwithstanding F’s parental responsibility.

A series of supervised contact sessions had been ordered, but not completed. Enforcement proceedings were initiated. The matter was transferred from lay magistrates to a district judge, who indicated a reluctance to involve the local authority or transform the Cafcass officer into a rule 16.4 guardian. Nevertheless, the court accepted the well-established case law on the subject, including the judgment of Lord Justice Munby (as he then was) in Re C [2011] EWCA Civ 521, which quoted in bullet points the reasons for which such contact should not be allowed to lapse, set out by Ward LJ in Re P [2009] 1 FLR 1056. The court therefore decided to threaten M with enforcement orders, including unpaid work.

The matter was next listed before the circuit judge. M seemed alarmed by the prospect of unpaid work, and attended court.

The judge took a firm grip on the matter, making it clear that the court had a “substantial selection of tools in the judicial toolbox”, that this was not a case for stopping direct contact (although the judge could understand how the Cafcass officer had reached that conclusion) and this matter was now going to have the benefit of judicial continuity.

The judge listened to M’s concerns and developed some rapport with her. Although there were, by now, various applications before the court, the judge said that the first thing to resolve was the contact situation before addressing the other matters.

A new contact regime was set up (involving a grandparent in a crucial role) and the matter was relisted before the same judge in just over a month’s time. The Cafcass officer indicated that there was no further role for Cafcass in the proceedings, but the judge still directed her attendance on the next occasion. F was persuaded to maintain his stance of forbearance and courtesy, as once again a potential spark of light appeared at the end of what had begun to seem like a never-ending tunnel. It now remains to be seen whether the judge will have prevailed, where the other courts have so far failed. Watch this space…