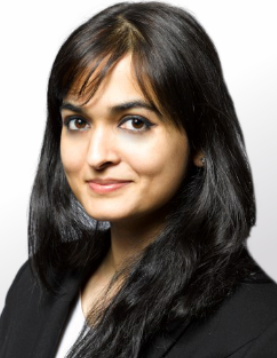 RTA when driving a ‘courtesy car’: which insurer is liable?

Mrs Justice Foster DBE gave Judgment yesterday as to which Insurer would have to potentially compensate Mr Y who was injured following a road traffic accident that occurred on 29th May 2016 when Mr X, driving a Vauxhall Astra courtesy motor car, struck his vehicle.

The Astra was insured by the Claimant (‘AXA’) and was a courtesy car owned by DP Garage who had loaned it to Mr X whilst they repaired his own car, which was insured by the Defendant (‘Elephant’).  The claim proceeded under Part 8 with AXA seeking a declaration that both AXA and Elephant were equally liable to indemnify Mr X in respect of Mr Y’s very severe injuries. Under the terms of the AXA policy, AXA provided customers of DP with an indemnity where, like Mr X, they were driving a courtesy car such as the Astra.

There were two questions for the High Court to decide:

If the answer to either question was ‘no’ then Elephant would have no liability for the RTA.  Both insurance policies contained dual insurance and other clauses which would mean that indemnification of any liability of Mr X fell to be shared equally.

On the night before the accident Mr X had been working as a security guard at a hotel in Birmingham.  It was not his usual place of work and he was doing the new manager a favour, having worked for him previously.  On the morning in question, Mr X was on his way home from his night shift but, was going to divert to pick up a friend from the local coach station to drive them both back to Wolverhampton.  The accident then occurred when Mr Y was said to have come from his offside and he had not time to react.

Mr X made no claim on Elephant and did not notify them.  They were first notified of the RTA by AXA on 7th October 2016, over 4 months later.  Mr X reported back to DP Garage the morning after the accident and was informed AXA would be in contact with him.  Mr X described the Astra as a ‘hire car’ to AXA.

Section 1b noted that their cover for driving other cars was “third party only, while driving a private motor car within our territorial limits.”

This cover in relation to other cars remained in place as long as “the other car is not owned by you, a rental car, nor hired to you under a hire purchase or leasing agreement….and you have the owner’s permission to drive the car.”

The relevant limitations as to use was that it was for “social, domestic and pleasure purposes only.”  The Policy did not cover “renting out, peer-to-peer hire schemes or use for hire and reward including but not limited to taxiing and chauffeuring whether licensed or unlicensed.”

The RTA would only be covered if it survived both express limitations.

The AXA Policy under which DP and his garage business was insured was described as ‘Commercial Insurance Road Risk Cover’ and described the insured vehicles as “any motor vehicle the property of the Policyholder or in the custody or control of the Policyholder in connection with the Business.”

AXA argued that the essential character of Mr X’s trip was SDP as he had travelled from the pub to the bus station and it could not be described as a business trip. Even though Mr X was leaving a place of work, he was engaged in a non-business trip i.e. going to pick up his friend. They further argued that Mr X was not actually working: he was doing a favour for his boss.  Even if he was, ‘commuting’ meant travelling to or from your regular or usual place of work, which this was not.

Elephant argued that Mr X was returning from his place of work after a night shift and the journey was plainly connected to his work.  The Astra was being used to commute and a commute could not be described as SDP.  Mr X said he had to drive to his security job as there was no other means of transport.

AXA argued that the Astra was a private motor car because it had not been adapted for commercial use and it was owned by the Garage rather than a public entity.  Further, Elephant could and should have excluded ‘courtesy cars’ from their Policy if that was their intention.  It was argued that the policy demonstrated an utter lack of clarity.

Elephant argued that ‘private motor car’ plainly excluded a courtesy car owner by a commercial garage business and lent to customers.  The plain intention of the policy wording was to exclude a courtesy car whether formally hired out or not.  The Astra even bore the advertising logo of the Garage on its bodywork. The Driving Other Cars extension was not designed to apply to businesses lending or hiring out vehicles as part of a commercial service.

The following cases were reviewed and guidance taken from them:

The Nature of the Journey

The journey made by Mr X was covered only by the AXA Policy.

A courtesy car was not specified in the list of exclusions to the Elephant Policy and it would have been easy to exclude it.  However, the Astra could not be described as a ‘private motor car’.

The Astra was a part of the business of the DP Garage.  It was an inducement to a customer to leave their car with DP.  It was a marketing tool.  The private motor cars referred to in Elephant’s Policy were not those operated or supplied in the course of, or for, the purposes of a business. Elephant’s restriction to privately owned cars was deliberately excluding such commercial overlay.

‘Private’ in this insurance context related not only to ownership but also to use. Thus, AXA’s distinction between vehicles owned by public entities on the one hand and private individual and corporate on the other was unjustified.

The declaration sought to be made was thus declined.  AXA was liable to indemnify Mr X alone.

Disputes in relation to the wording of vehicle insurance policies will no doubt continue long after this decision.  Nonetheless, this case highlights the importance of analysing carefully the evidence in relation to the purpose of a journey at the time of an accident taking place and whether the essential primary purpose had altered or not.  Further, courtesy cars provided in the course of a business enterprise, such as when repairs are being undertaken to a driver’s own vehicle, are likely to be found to only be covered by the insurance policy of that business itself and unlikely to be covered by the driver’s usual policy of insurance for driving other vehicles.  It’s all down to the fine print…