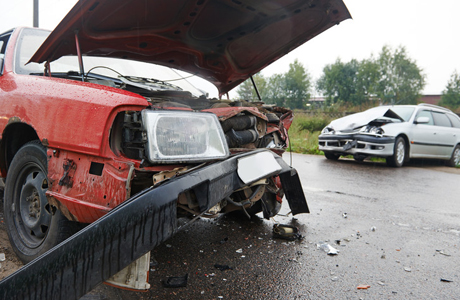 Many vehicles are now fitted with tracking devices. Such devices allow the owner to locate the vehicle if it goes missing.  In the past tracking devices were most often fitted to high value vehicles.

Increasingly, however, tracking devices are being fitted to other vehicles such as fleet cars and hire cars.  Some people agree to allow their motor insurer to fit a tracking device to their car so that their driving performance can be monitored. This is done in the hope the insurer will reduce their insurance premiums over time.

Tracking devices are sophisticated in terms of the information they record. The science associated with tracking devices is called telematics.  This article explains how telematics works and the forensic value of the data to drivers, insurers, lawyers and the courts.

Those wishing to stage a road traffic accident often choose to do so by hiring a vehicle from a reputable hire firm in order to use that vehicle in a staged collision. In this way the fraudster is provided with a fully insured vehicle at modest cost which can be damaged with abandon. Numerous claims can then be brought against the hire firm’s insurer.

If such a vehicle is fitted with a tracking device the same can be an invaluable tool in identifying the fraud and defending the claims. As more vehicles are fitted with tracking devices it should become increasingly difficult for fraudsters to stage accidents. Any attempt at staging will have to be planned meticulously so that the tracking device records what appears to be a genuine accident which conforms with all the accounts later relied upon by the fraudsters in relation to location, time, vehicle speed and sequence of events. That will not be easy.

Peter Wilson was called to the Bar in 1995. He specialises exclusively in defending suspicious or fraudulent insurance claims and is recognised with both ‘The Legal 500’ and ‘Chambers and Partners’.