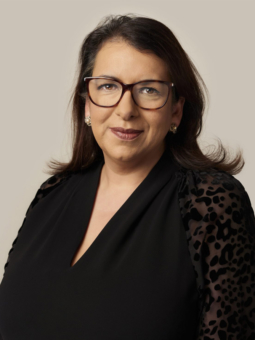 Member of the Criminal Bar Response Committee to the Auld Report

Member of the Criminal Bar Committee in relation to youth justice

Board member for women’s health matters

Kama Melly QC practised in criminal and family law for many years as a junior barrister, including the representation of Local Authorities, before specialising in cases of rape and serious sexual offences.

Her family law practice included Public Law cases including those in High Court.  Kama has dealt with cases involving significant physical and sexual abuse of children and cases of the most serious non-accidental injuries including the death of children.

Kama’s criminal practice has centred on issues that have a criminal/family law crossover and have focussed on child sexual and physical abuse.

Kama is the highest grade of prosecutor and a member of the CPS Rape and Sexual Offences Panel.

In 2016 Kama conducted a case involving joint hearings of criminal and family jurisdictions, dealing with disclosure and expert instruction.

The detailed knowledge Kama has of the manner of criminal prosecutions of carers and parents would be invaluable to the robust defence of a parent accused of causing harm to a child.

Kama is a nationally recognised expert at dealing with vulnerable witnesses including the evidence of children.  She has delivered training on this subject to The National Bar Conference, the CPS, the National Criminal Bar Association Conference and the Family Law Bar Association.

Kama’s national reputation in this field has meant that she is regularly asked to provide expert commentary for the National Media.  Kama has made multiple appearances on Radio5 Live, Sky News, This Morning, BBC News Channel, and BBC Breakfast.