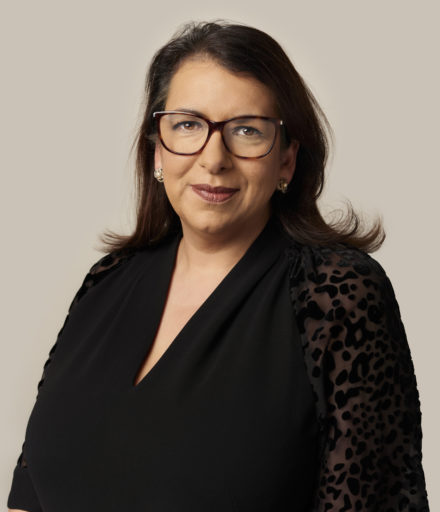 Kama Melly QC is widely recognised as one of the foremost female advocates in the North East, known for her technical ability and as a powerful advocate. She is in constant demand from both the defence and the prosecution, receiving an increasing number of private instructions. She has a reputation for achieving positive results in cases which others have assessed as hopeless.

For the past 10 of her 18 years as a barrister, Kama has specialised in criminal law. She is known for dealing with serious heavyweight crime including drug conspiracy, murder and fraud, and has considerable experience of cell-site evidence, forensic evidence and abuse-of-process applications. She specialises in sexual offences including historical cases, challenging DNA evidence, child cases, marital rape, and stranger attacks. Her practice includes quasi-crimes such as issues of judicial review, habeas corpus and extradition.

As part of her ‘no stone unturned’ approach Kama has succeeded in preventing prosecutions on several occasions through mounting applications of abuse of process, including in cases of drugs conspiracies and historical sexual offences.

Kama is one of a few barristers recommended by both The Legal 500 and Chambers and Partners, particularly by the Legal 500 in the field of youth justice.

“A very solid performer….She is very sound and good with clients.” – Chambers and Partners (2020)

“An experienced heavyweight silk with specific expertise in sexual offences cases.” – The Legal 500 (2016)

“She is outstanding as a senior junior. A pleasant advocate, hard-working and committed to the client.” – Chambers and Partners (2016)

“Recommended for cases involving vulnerable defendants and witnesses.” – The Legal 500 (2015)

“Kama has a ‘no stone unturned’ approach, achieving positive results in cases which others have assessed as hopeless.”

Kama receives regular media requests for expert commentary on criminal news stories. In 2013 and 2014, she appeared on ITV’s This Morning (as an expert commentator and as a regular ‘legal eagle’); Sky News on a frequent basis; BBC Breakfast; BBC News Channel; BBC local news in the North West and North East; Radio 5; LBC; the Daily Mirror, the Daily Mail and more.

Park Square Barristers Deputy Head of Chambers, Kama Melly QC, was one of the panellists at this year’s Bar & Yong Bar Conference.

We are delighted that one of the top individual honours at last night’s Yorkshire Legal Awards went to PSQB Deputy Head of Chambers, Kama Melly QC, for Lawyer of the Year.