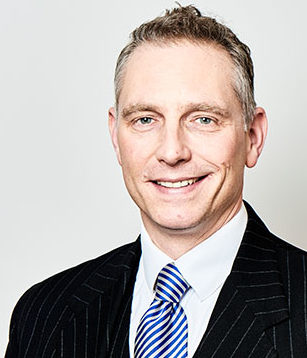 Northumbria University
Inns Of Court School of Law in London

Martin is a highly respected and sought after Family specialist practitioner. He is regularly retained by Local Authorities, Parents and Guardians alike, in serious alleged Inflicted Injury cases because of his reputation as a tenacious advocate who will pursue his clients case leaving ‘no stone unturned’ in seeking the best outcome for them.

“Martin stands out as an incredibly diligent and committed barrister who is empathy personified. He is the advocate of choice for many care practitioners and Guardians in our local court who benefit hugely from his energy, enthusiasm and experience. He is genuinely committed to the team/inclusive approach and shows respect to clients, solicitors and more junior colleagues.” – The Legal 500 (2021)

“Known for the quality of his expertise in difficult children work, including claims of sexual abuse, serious injuries and child fatalities….”He is very diligent and pleasant to deal with.”- Chambers & Partners (2020)

He has considerable experience in lengthy and medically complex cases and uses his technically astute and well prepared cross examinations and presentation to full effect.

He has acted in lengthy cases of many weeks as well as being much sought after and continuously busy in the Family courts day to day.

He has appeared at all tiers of the Family Court system including the Court of Appeal and Supreme Court.

In recent years Martin has also been marked out as a significant presence in developing case law, championing the causes of his client to successful outcomes in the Supreme Court case of Re J (Children) [2013] UKSC and the case of Re A ( A Child) [2015] EWFC11, before the President. Both theses cases have become regular reference points for practitioners in this area of law.

In addition to the above Martin has an extremely palatable client manner being often engaged for his skills with clients, to represent misunderstood or prejudged Parties struggling in difficult cases to have their voices heard and assisting clients with learning difficulties or mental health issues. He employs a regime of team work with the solicitor and client in his cases. He is regularly retained even before issue, in order to achieve the best possible outcome. He is approachable and accessible.

“Tenacious and thorough.” “A passionate and creative advocate.” “He is courteous and an effective, polished performer.” – Chambers & Partners (2018)

Martin is a member of the chartered institute of Arbitrators following training in international arbitration adding to his already extensive skill set.

“He has a good eye for detail and very calm manner, which judges like.” – Chambers & Partners (2017)

“He is tenacious; great at researching the law and using it to its limits” – Chambers & Partners (2016)

Martin was born in Switzerland, and grew up in Munich, Germany. He is bilingual and has used his German in a number of cases to assist clients who have felt misunderstood or disadvantaged through language. He lived in the USA under an American Field Service scholarship after school and practised in a Chicago Law Firm under a Pegasus scholarship from the Inner Temple following his call to the Bar. He retains links to the USA and the American Bar Association.

Martin is a keen motor sports enthusiast, competing until 2007 in the then Lodge Sports 924 Porsche Challenge, but participating now only as a spectator. He is married to a local solicitor and has a young Family.

“A safe pair of hands in dealing with children cases involving a wide range of complex medical issues” – The Legal 500, 2015

Martin was educated in Germany until age 11 years, then at Boothan School in York. Following a year living in the USA (attending Parkway West High School, Missouri, USA) he studied Law at Northumbria University before completing his legal training at the Inns Of Court School of Law in London and being called to the Bar by the Honourable Society of the Inner Temple in 1991. He has practised law following pupillage at York Chambers, since then.

Park Square Barristers are delighted to announce that Martin Todd is joining the Family Team with immediate effect.