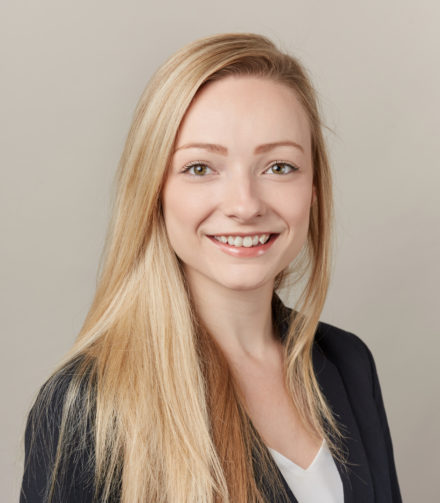 Laura is a Grade 1 Prosecutor.

Laura both prosecutes and defends in trials in the Magistrates’ Court involving serious assaults, sexual offences, fraud and domestic violence. Laura also appears in the Crown Court in a range of hearings including appeals against sentence and conviction. Recently, Laura appeared to make a bail application in respect of a defendant charged with attempted murder.

Recently, Laura defended in a case of dangerous driving. The defendant was said to have driven at excessive speed, whilst disqualified and without insurance, in an attempt to evade the police. This caused a collision, and the defendant’s baby was present in the back of the car. Laura secured a suspended sentence for her client.

Laura has also defended a charge of possession of extreme pornography by a prison officer. She secured her client a non-custodial sentence, the defendant receiving a community order with a requirement to complete a sex offenders’ programme.

Laura is also undertaking secondment work with South Yorkshire Police, which involves advising on a number of issues including those surrounding custody and bail. She has drafted various orders including sexual harm prevention orders and domestic violence prevention orders, appearing in applications for the same.

Prior to commencing pupillage, Laura was selected to work with Lawyers Without Borders in their Washington, D.C. office, supporting projects primarily focused on building capacity in respect of access to justice and the rule of law worldwide. In particular, Laura worked in collaboration with Nepalese legislators for several months, aiming to eliminate child labour within Nepal. She has also volunteered with both the Citizens Advice Bureau and the Personal Support Unit, working with individuals without legal representation for civil and family matters.

Laura was chosen to represent Northumbria University in Delhi, India at the KK Luthra Memorial Moot, and at the Royal Courts of Justice as a finalist in the Essex Court Chambers National Mooting Competition.

The court outlined the principles applying to self-employed drivers whom hire replacement vehicles whilst their own is off the road as a result of a road traffic accident.

We are delighted to announce that Laura Nelson and Naomi McLoughlin have been confirmed as tenants following the successful completion of their pupillage.