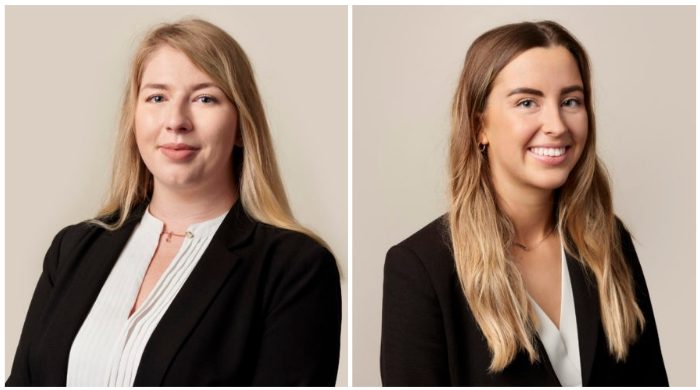 Shannon and Eleanor complete their first six months of pupillage today and both will start on their feet from Monday 23 March.

Both Shannon and Ellie are undertaking a Common Law pupillage and both have shadowed barristers in all of our practice teams.

Shannon has been supervised by Head of PSQB Family Team, Charlotte Worsley and Shannon sat in on a 2 week reported High Court family case that Charlotte was dealing with before Mrs Justice Lieven.

Shannon has also written a number of articles for the website and has been a panellist at BPP Law School and Leeds University events advising students on pupillage application forms and interviews.

Ellie Mitten has been supervised by Deputy Head of the PSQB Criminal Team, Kate Batty.

She has also sat on a number of panels giving career advice on “how to land pupillage” and Ellie judged the final of the Leeds University Regional Mooting competition.

Both Shannon and Ellie are now available to receive instructions in Criminal, Family, Civil and Regulatory work.

For further information please contact one of the Clerks.