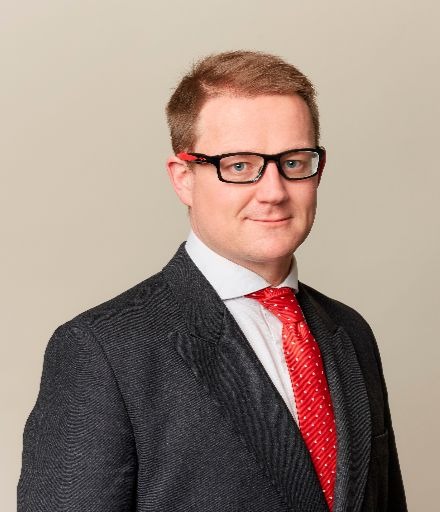 James accepts instructions in cases arising out of serious or fatal injuries in the workplace. He is able to provide advice at an early stage and deal with all areas of court proceedings thereafter.

James routinely acts for insurance companies in personal injury and HSE prosecutions and is well placed to advise defendant companies and insurers at the first sign of HSE involvement or civil claims.

James also regularly attends coroner’s inquests and is available to act in other regulatory cases, with special interests in Health and Safety and Environmental / Waste Management prosecutions an area in which James is assisted by his Bsc (Hons) in Geo-chemistry.

James’ main focus is on police discipline. He regularly acts for the Appropriate Authority in such cases and has also acted as  legal advisor to the Chief Constable in appropriate cases.

James can also act in all other professional disciplinary tribunals including but not limited to:

James is also available to assist clients in the following areas:

James is instructed  in this case  involving an altercation with a cross bow.

The deceased was under medication for Bipolar depression.  Emergency services were called to deceased home where she was in a distressed state and causing damage to the premises in the presence of her young family. She died shortly after arrival @ hospital.

Inquest touching the death of KT

Representing the bereaved family of a 30 year old woman who had a number of complex medical issues. She was steroid dependant, but none was administered until moments before her death.

Representing a European company with a U.K turnover of £129m (and so outside of the top bracket of the sentencing guidelines).

A guilty plea was entered to an offence contrary to section 33 Health and Safety at Work Act 1974 act by breaching its duties under s 3(1) of the Act.

James advised at an early stage in terms of the relevant evidence to put before the court, including the extent of financial disclosure and the specific risk assessments and training given to employees across the country.

Following a guilty plea and mitigation, the Defendant was fined just £100,000.

Representing a company that provided air conditioning services to supermarkets and department stores with a turnover of £6m.

James represented the Second, Third and Fourth Defendant who were prosecuted as a result of a crushing injury that occurred at Armley Prison, Leeds. The complainant was run over by machinery driven by a third party contractor. Both the machinery and the contractor were under the control of the Second Defendant company and the Fourth Defendant as an employee of the company.

The Defendant company pleaded guilty to offence contrary to s33(1) of the Health and Safety at Work etc Act 1974 by breaching its duties under s 3(1) of the Act. The charge against the company director was discontinued. The Fourth Defendant pleaded guilty to tampering with the evidence post accident and therefore obstructing the investigation.

James drafted the Basis of Plea and successfully argued that the culpability was less than the HSE submitted. Following mitigation, the company was fined £600. The Fourth Defendant was fined £100 for evidence tampering.

James represented the family of the deceased who died having been admitted to hospital for severe alcoholism. The deceased was subject to a hospital restriction order at the time of his death.

James is representing the family of an 18 month old boy who was in remission from Leukaemia following a bone marrow transplant. He subsequently died of a heart attack, whilst in hospital.