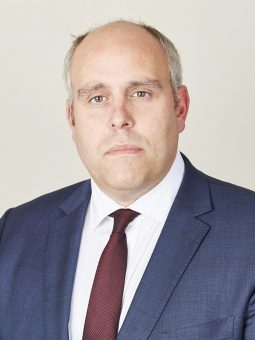 “He is brilliant in cross-examinations and makes everything clearly understood. He’s also very persuasive and has a great manner in court.”  “A very powerful silk. He takes control and is a masterful advocate.” – Chambers and Partners (2021)

R v Joseph Lowther (May & June 2014) – Murder by acid attack in the context of gang warfare.

R v MVD (April 2014) – Successful defence of a child for murder in context of a dispute in the travelling community.

R v Webster and others (October 2013) – Murder (execution by shotgun) of a suspected police informant in his own home in the presence of his young child.

R v AW (September 2013) – Manslaughter in the course of an outbreak of street violence in Leeds city centre.

R v Wootton & Wyard (August 2013) – Random killing of a grandfather in an attack on the street in York city centre in a joint enterprise.

R v Boyes (June 2013) – Defence of a young man charged with manslaughter after a man died as a result of a ruptured artery following an altercation outside a city-centre nightclub.

R v Browne (April 2013) – Attempted murder by shooting of a rival drug dealer in a dispute over a stolen consignment of drugs. The case presented a complicated ‘cut-throat’ defence.

R v Marine E – Successful defence of a Royal Marine accused of playing a part in the execution of an enemy insurgent wounded on the battlefield in Afghanistan.

R v John Humble – ‘Wearside Jack’ or the ‘Yorkshire Ripper Hoaxer’, prosecuted for sending a series of false tapes and letters to the West Yorkshire Police at the height of the hunt for the Yorkshire Ripper, Peter Sutcliffe.

R v Brown – Murder and arson in which 2 young jockeys died in a deliberately lit fire at a block of flats in North Yorkshire in a revenge attack by the caretaker of the premises. Complex circumstantial case featuring extensive expert evidence related to the mechanism of the fatal fire and the wiring of the alarm system installed in the flats.

R v MS – Successful defence of a man charged with murder following the discovery of a burning body in woods in Leeds. The prosecution case was built on circumstantial evidence and, in particular, cell-site evidence. As a result of discrediting the cell site expert called by the Crown, the trial judge halted the case and entered a not-guilty verdict.

R v Clarke – Murder of a gangland hitman by his potential victim in the context of a drugs deal.

R v Sharp – Murder and robbery of a second-hand car salesman in a targeted attack.

R v Pickard – Murder by strangulation of a young mother in the presence of her child by the father of the baby.

R v Hopkinson – Alleged murder by a young mother and her partner of their child.

R v Khosa – Gangland murder of a drug dealer by an aspiring rival gang. A case built upon circumstantial and complex scientific evidence.

R v Charlton and Wood – Murder and robbery of a young man as he walked to his cricket club for a game of snooker.

R v Din – Perverting the course of justice in the context of the shooting murder of Gavin Clarke in Leeds, an event that triggered rioting in Leeds.

R v Rodi (2014) – Defence of a local businessman charged with offences of violence.

R v Jammu (2013) – Secured a suspended sentence of imprisonment for a successful and established businessman facing prosecution for money-laundering offences.

R v Neil Thompson (2013) – Successful presentation of special-reasons argument for a serving police inspector charged with driving over the prescribed limit, securing an absolute discharge and an order that the Crown should pay a proportion of the defence costs.

R v Loftus (2013) – Retained to mitigate on behalf of an IT consultant charged with football-related violence.

R v MZ (2014) – Long firm fraud based on the defrauding of an insurance industry finance house.

R v IV (2013) – Successful defence of a businessman for his role in an alleged £2.3 million fraud in which funds were diverted from the University of Sussex into the accounts of the fraudsters.

R v ME (2013) – Successful defence of a local business-owner alleged to have defrauded numerous banks, building societies and insurance companies. The case collapsed as a result of arguments related to the non-disclosure of material by the prosecution.

R v David Kitching (2012) – Defence of a registered conveyancer in a prominent local solicitors’ firm accused of fraudulently failing to redeem mortgages on dozens of properties to a value of many millions of pounds.

R v Newton (2012) – Sophisticated VAT fraud in which a ‘businessman’ invented a series of companies and submitted false returns from outside the jurisdiction of the United Kingdom.

R v Bestel & others (2013) All ER (D) 270 – Guideline judgement as to the circumstances in which the Court of Appeal will give permission to appeal out of time in confiscation cases that are retrospectively affected by the decision of the Supreme Court in Waya.

R v Cosford (2013) WLR (D) 147 – Guideline judgement as to the definition of ‘public office’ in the context of the offence of misconduct in a public office.

R v Gosney (2007) All ER (D) 21 – Directions to be given to the jury in circumstances in which an unrepresented defendant volunteers his own bad character to the jury.

R v H (2003) UKHL 1 – Compatibility of the fitness-to-plead legislation with Article 6 of the European Convention on Human Rights.